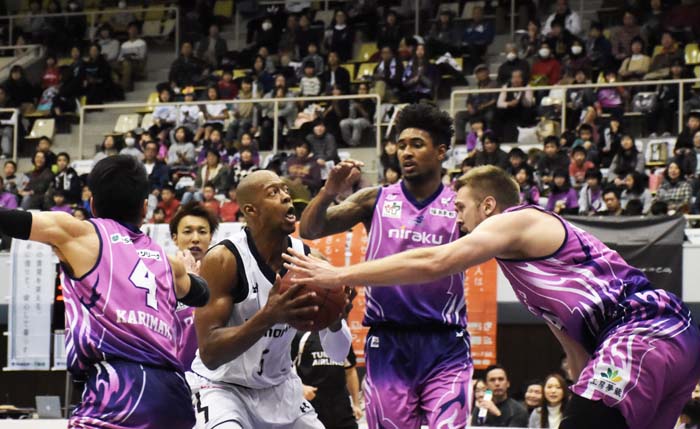 Golden Kings’ McHenry in a tight spot in Sunday’s game.

The Ryukyu Golden Kings were against the Fukushima Firebonds in the weekend game series that was played at Koriyama Sogo Gymnasium in Fukushima Prefecture. 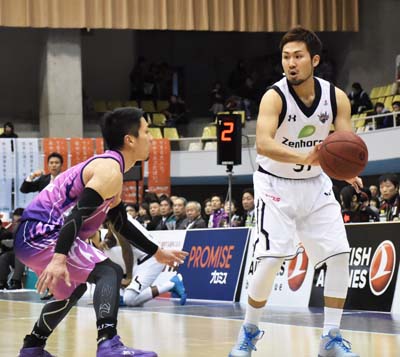 Shuhei Kitagawa (#31) worked tirelessly on Saturday and kept the Kings in contention, but it as not enough in the end.

Things quite did not go like in the movies for the Kings in the first match, as they lost 81 – 90 to the Firebonds in front of 1,932 Fukushima cheering fans. In the game, Firebonds’ Le’Bryan Nash ruled the court scoring a game high 28 points, with former Kings’ Masaya Karimata punishing his former team by sinking 22 points and six assists.

The loss also meant that the Kings dropped to the 4th place in the Western Conference.

Fukushima took the lead from the beginning scoring from both in and outside, but Shuhei Kitagawa showed his strength in both defense and offense, and was able to keep the Fukushima at bay. The same continued through the second quarter, and for some time neither of the teams were able to score. The Kings’ shots kept missing the hoop. The score at the half point of the game was the Kings trailing 32-38.

From the beginning of the second half of the game, Fukushima kept widening the lead while the Kings kept failing to score. Thanks to efforts of Draelon Burns and Anthony McHenry, the Kings somehow managed to hang on to the game, but could not fill in the gap to Fukushima. 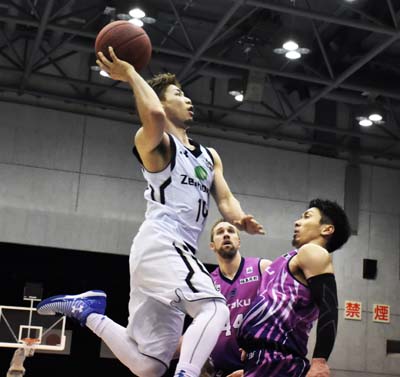 After the game, the Kings’ Head Coach Tsutomu Isa was not happy. “We can never win a game against Fukushimia unless can stop Karimata and Nash of Fukushima. They simply need to be stopped. Today we had no control in our defense nor offense, and were not playing the game as a team. We can never win against any team as long as we play like today.”

Firebonds’ Head Coach Hiroki Fujita was naturally just the opposite. “Our players did really well today. Execution ability of Okinawa’s defense is pretty high and their offense is quick as well. But we could hold on to the game today. We were not so good at offense from the outside in the latter half of the game so will fix that for tomorrow.”

On Sunday the Kings played like a completely different team as they avenged Saturday’s loss 93-78. Kings’ Bench Boss Tsutomu Isa said afterwards that they had a frank discussion about the “Saturday’s loss, collapse of defense and mess of our offense and what we face in today’s game.” 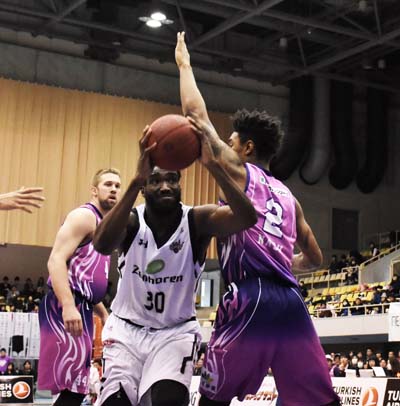 The pep talk worked. The Kings had modified their defense and managed to lure mistakes from Fukushima. Evan Ravenel worked tirelessly on the offense, and the gap to Fukushima gradually widened.

In the third and fourth quarter the Kings gradually widened their lead and won the game.

After the game, Isa was much happier than previous day. “Our starting five players got the best from themselves and we could play the game at our pace. Regarding offense that could not do at all yesterday, our players showed amazing play, it was almost like a different team. We seem to have two faces, good and bad, so we need to fix that.” Isa mused.

Fujita said he was sorry they betrayed their fans as 2,331 had come to the Koriyama Sogo Gym expecting the home team to repeat the Saturday’s win. “We are really regret the loss because our fans cheered us up for two days. We could not do our defense we aimed at. Today Okinawa’ energy level exceeded ours. Now we have one last game of the year next week, so we would like to close this year with a victory,” Fujita said.