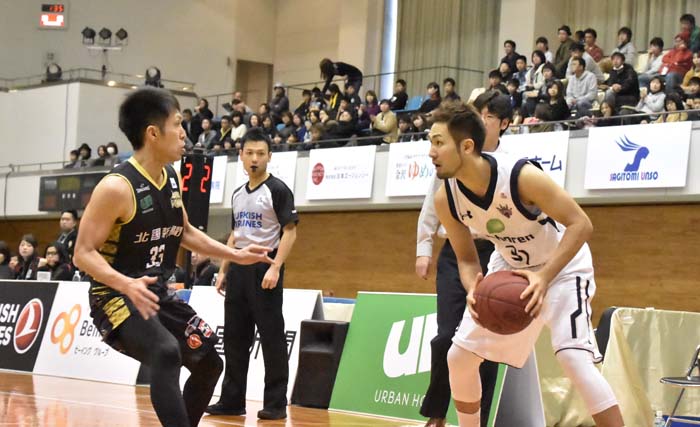 The Kings won both of their games against Kanazawa Samuraiz.

The Ryukyu Golden Kings had a change to soothe their hurt feelings when they faced the Kanazawa Samuraiz at the Mattou Comprehensive Park Gymnasium in Hakusan City, Ishikawa Prefecture, over the weekend on the road. 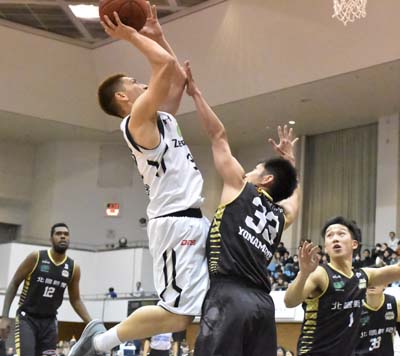 1,012 people came to see the game on Saturday, when the Kings trounced the hosts 91-59. The end result of the game was never in question as the Kings took the lead from the start with Evan Ravenel’s mid-range shots. And although Kanazawa was at one point able to even the game in the second quarter, Draelon Burns, Evan Ravenel and Morihisa Yamauchi made sure there was not going to be a catastrophe. The Kings led the game 42-26 after the first half, and the same pace continued to the end.

After the game, King’s Head Coach Tsutomu Isa said the team did not want to take any chances. “We prepared for the new unknown team and on the road game in order to not get caught up in the emotion of the energetic atmosphere. We, of course, made some mistakes, but the players kept calm and did what we had prepared. It was a good game today,” Isa said.

Yukinori Suzuki, the head coach of the Samuraiz, acknowledged that his team was no match to the Kings. “I can sum up the game by saying that we could not execute our plan in both defense and offense today. We could feel difference in the team power between us and Okinawa,” he conceded. 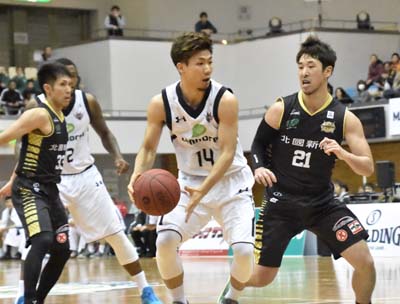 On Sunday, the Kings won the game 69-56. Despite of the Kings making more mistakes and Kanazawa putting in stronger effort, the result was a convincing win to the Kings.

In the first quarter Kanazawa fought with fast attacks. Both teams scrambled for points and the game was close.

However, the Kings kept more than 10-point advantage until in the middle of the second quarter, when Kanazawa came from behind taking advantage of the Kings’ errors.

In the third quarter Kanazawa cut the Kings’ lead to three points, but the Kings played stable defense and did not turn the game to Kanazawa.

In the final quarter, the Kings’ hard pressure provoked Kanazawa to make mistakes, and they pulled away from Kanazawa at once winning the game.

Isa was not happy with his team’s performance. “Regarding defense, I think it was not too bad considering the time of the season. But we failed easy shots in offense and cut the good stream of our game by ourselves,” he lamented.

Suzuki said his players had found the groove. “Our players showed a good performance until in the end of the fourth quarter. But we let the Kings rebound and gave them a second chance. We all know our task and necessary modifications, so, we will try to improve with practice.”