Golden Kings back on second place in Western Conference 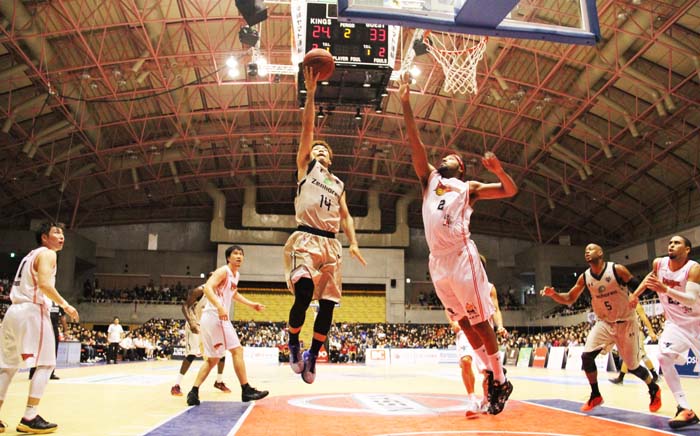 The Ryukyu Golden Kings delighted their fans on their home court in Okinawa City Gym by winning both games of the weekend series. That also means that the team is back on the second place in the TKbj-League Western Conference.

In Saturday game against Hamamatsu Higashi-Mikawa Phoenix, the Kings won by the narrowest of margins 71-70 in front of 3,420 fans. 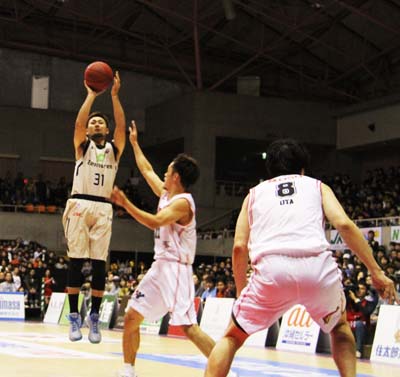 Shuhei Kitagawa #31 was a key player for the Kings on both days.

In all truth, the Kings’ performance was lacking in both defense and offense from the beginning of the game, and the situation was anything but promising as the team trailed Hamamatsu by a large margin 26-44 at the end of the first half of the game.

However, the team found the groove in the second half of the game, as the defense found its footing and the team succeeded to turn the game around in the fourth quarter.

Especially, Shuhei Kitagawa’s successful shots made the difference in the fourth quarter.

King’s Head Coach Isa was not satisfied with his team’s performance. “In the beginning, we were beaten by Hamamatsu’s three point shots that we should have been careful about. In our offense, we could not bring the play to the hoop. However, in the last half of the game, we regained our style to play basketball and managed to score points one by one, and luckily were able to win this one,” Isa said. 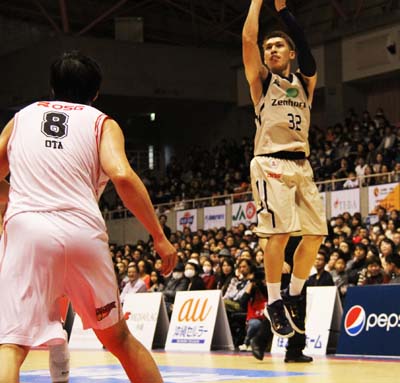 Morihisa Yamauchi #32 had a good day on Sunday.

That did not help, though, as on Sunday the Kings won again with a narrow margin 70-67 as 3,239 spectators cheered on the home team.

Again, the Kings had a weak start, and Hamamatsu quickly scored a 0-11 lead, but the Kings caught up with Evan Ravenel’s inside and Shuhei Kitagawa’s outside efforts.

In the second quarter, the Kings’ shots missed while Hamamatsu scored three-pointers, and Hamamatsu led the game 30-40 at the halfway point.

In the third quarter, Kitagawa and Morihisa Yamauchi energized the Kings with their three point shots and the team closed in from behind 49-53.

The Kings turned the game with Ravenel’s inside in the fourth quarter. However, Hamamatsu did not give up and the game was tied 67-67 in the end until Kitagawa’s three-pointer just before the buzzer closed the game with the win for the Kings.

Isa was happy that the home team managed to edge a win at the end. “Our offense did not work against Hamamatsu, which is good at defense. However, it was good for us to win the close game, and a big thing to play as we had planned in the situation that Hamamatsu was trying hard,” he stated.

Hamamatsu’s Higashino admitted that his team still has some growing up to do. “We were not bad at all in the game but need to grow up. I feel we are still a developing team. It is hard for us to lose two games in a row, but we still have a chance to go back to the top. We will be stronger.”

Japan Update offers pair of free tickets to the Golden Kings’ home game on Jan. 30th or 31st at Okinawa City Gym.  Apply by email info@japanupdate.com or with a Facebook message, find us at Japan Update, Okinawa, on Facebook.