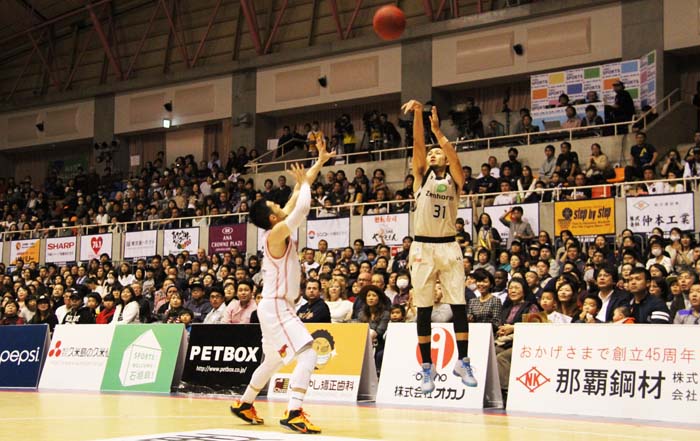 Shuhei Kitagawa of the Ryukyu Golden Kings was elected the TKbj-League MVP of the Week on the week of Jan. 2nd to 19th for his performance in the Kings’ home game against Hamamatsu Higashimikawa Phoenix

Kitagawa scored the important points that earned the Kings the victory on both days of the weekend series.

This is the first season for Kitagawa with the Kings, but he has shown a good strong performance in the team games, and has been very reliable and effective player. The team members are all very happy and congratulate him for his award.

Also, in the second match against Hamamatsu, he nailed the victory for the Kings with a 3 -point shot with less that one minute left of the game.

Hearing of his award, Kitagawa commented, “I’m so glad to be named the Weekly MVP. I’m sure I succeeded because of the support of all members and fans. I deeply appreciate it, and will keep playing at my best to contribute to the team in the future too. And please keep rooting for the Kings.”