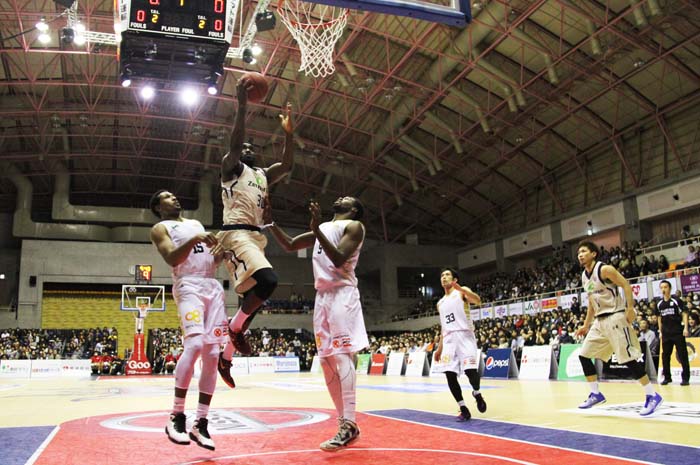 Evan Ravenel was in a class of his own in Sunday’s game scoring 27 points destroying any ideas of a win for Samuraiz.

The Ryukyu Golden Kings started their new year with a somewhat less auspicious way as they lost their first match of the year against Kanazawa Samuraiz 84-86 at Okinawa City Gym on Jan. 2. The loss also meant that the Kings dropped into the fourth place in the TKbj-League Western Conference,

However, the Kings were able to redeem themselves in the second match of the series on Jan. 3, when they won the game 87-83. 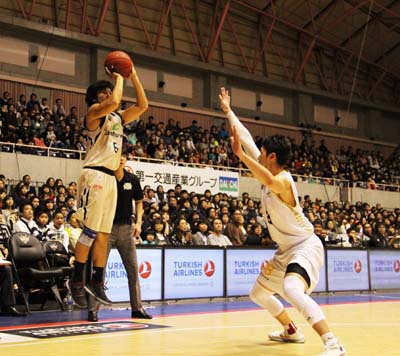 Shigeyuki Kinjo worked hard on Saturday in offense but the Kings’ defense could not rev up in time.

In the first game the Kings suffered from Kanazawa’s strong defense and ultimately lost the close game. The Kings had a strong effort from the beginning and attacked Kanazawa from inside centering around Shigeyuki Kinjo. However, their defense was not able to stop Kanzawa’s offense.

In the meantime, Kanazawa’s defense persisted and they were able to stop the Kings’ efforts. Kanazawa kept playing energetic all the way to the end.

The Kings were not good at shots from outside, and made mistakes at important situations.

Kings’ Head Coach Tsutomu Isa admitted that his team had trouble controlling the game. “We could not control the stream of the game. In the first half, we were not relaxed. And although we managed to slowly start our engine in the latter half of the game, it was too late. We should have been able to raise our energy level to the top from the beginning.” 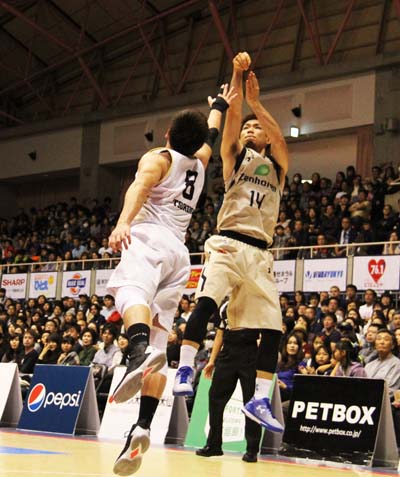 Yukinori Suzuki, the bench boss of the Samuraiz thanked his team for playing patiently that resulted in a victory ending a four-game slide for the first-year franchise, although he saw problems, too. “Our defense and offense played as a team patiently through the game. But we would like to modify poor turnovers tomorrow,” Suzuki mulled.

Especially Evan Ravenel dominated both ends of the court, and scored the game-high 27 points. He also grabbed 17 rebounds, 13 of them defensive. Anthony McHenry, Ryuichi Kishimoto and Shuhei Kitagawa were also on fire.

In the final quarter Kanazawa managed to cut the Kings’ lead down from the 12-point gap, but then Anthony McHenry stemmed the bad tide.

“It was a close game, almost the same as yesterday at the end, but we are happy to win because today we could play our kind of basketball. We all were concentrating on the game from the beginning today,” Head Coach Isa smiled after the game.