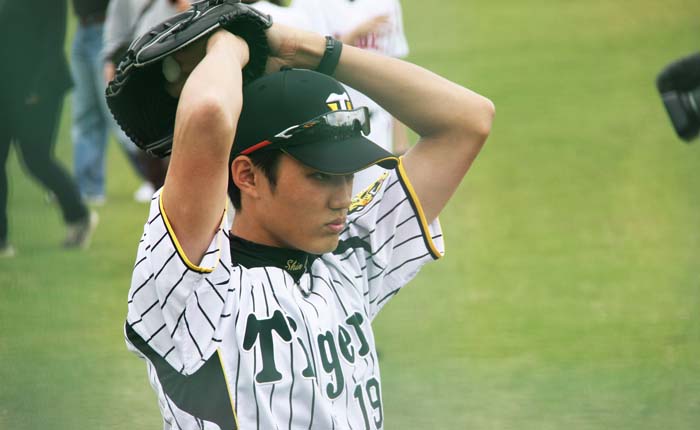 As February begins, so begin the annual Japanese pro-baseball spring camps on Okinawa. During the month, nine of the 12 Japanese top league professional baseball teams will hold their training camps on the island, as will six teams from the Korean top pro league. 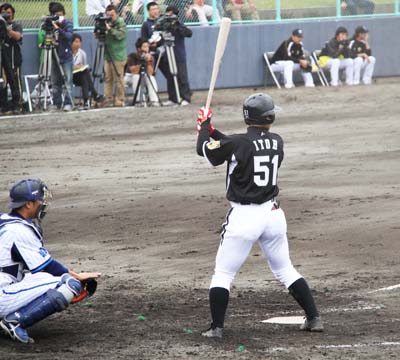 The Teams will train throughout this month at various spots on Okinawa, with two going through the season preparations on other islands.

The spring camps are not a small matter for the prefecture, either. Ryugin Research Institute Ltd. has concluded in a study that in 2014 the camps had an impact of ¥8.88 billion on the local economy. The study also concluded that the camps attracted 319,500 more tourists to the prefecture.

The granddaddy of the Japanese pro baseball teams, the Yomiuri Giants begin training at Cellular Stadium at Onoyama Park in Naha City on Feb 16th. Hokkaido Nippon Ham Fighters come a day later on Feb. 17th to train in Nago, and Hiroshima Toyo Carp players take over the Koza Shinkin Stadium in Okinawa City on Feb.18th.

Only the Fukuoka SoftBank Hawks, the Seibu Lions and Orix Buffaloes do not train on Okinawa this year. 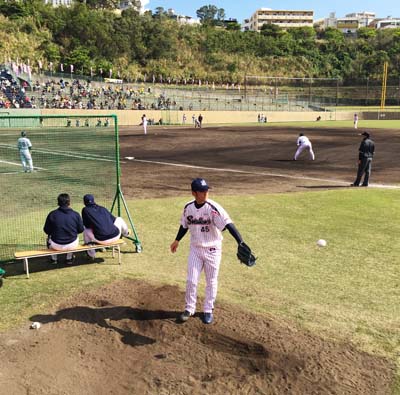 Spring training officially begins Feb. 1st, with a ceremonial start sponsored by Okinawa Prefecture and the Okinawa Tourism and Convention Bureau Sports Promotion Committee. Baseball team banners are now hanging in front of the Prefecture Hall, as well as on Kokusai Street and at Naha International Airport to welcome the teams.

From Nago in the north to Ishigaki in the far south of the prefecture, teams are warming up for the 2016 campaign in the Central and Pacific Leagues.

Six South Korean professional teams are escaping the snow and frigid temperatures blanketing much of their country. The Samsung Lions are at Onna Village Feb. 4 through Mar. 4th, the LG Twins are here from Feb. 16th – Mar. 5th in Uruma City at the Uruma Ishikawa City Gymnasium. The Nexen Heroes are floating from one community ball field to another from Feb. 18 to Mar. 4. The Hanhwa Eagles have found a home in Kochinda Feb. 13th to Mar. 3rd, the Kia Tigers are working out in Kin Town Feb. 1st to Mar. 3rd, and the SK Wyverns are training at Uruma’s Gushikawa Baseball Stadium from Feb. 12th through Mar. 4th. 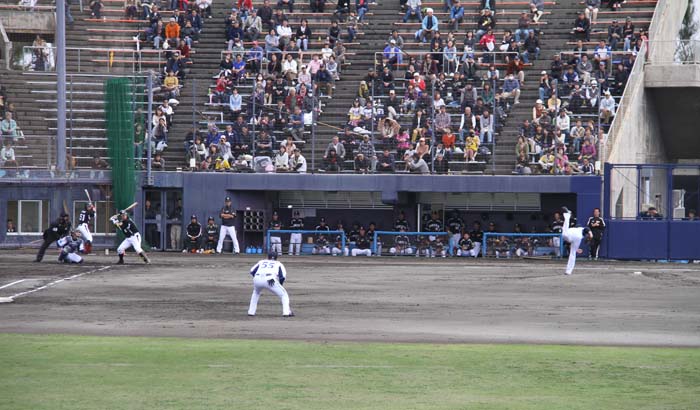 Fans of Yakult Swallows line the seats watching a training match at the team’s spring camp in Urasoe.

Pre-season exhibition games are staged on the weekend of Feb. 20th and 21st.

On Sunday, Feb.21, there are Nippon Ham Fighters vs. Lotte Marines in Nago; Chunichi Dragons vs. Rakuten Eagles at Chatan; Yakult Swallows vs. Hanshin Tigers at Urasoe; and Yomiuri Giants vs. Hiroshima Toyo Carp at Okinawa Cellular Stadium, Naha.