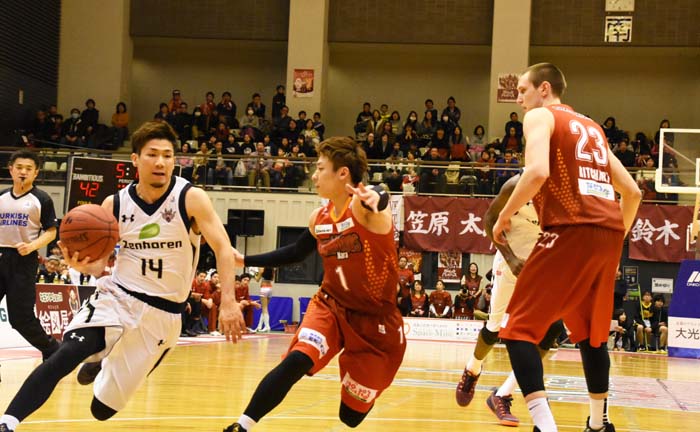 Ryukyu Golden Kings scored a pair of convincing wins against Nara Bambitious in their weekend road game series at Yamatokoriyama Comprehensive Park Gym in Nara Prefecture. The score on Saturday was 81-61 for the Kings and a little less brutal 91-81 on Sunday. 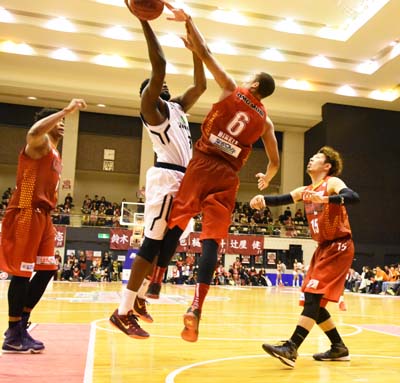 The wins were the sixth and seventh in a row for the Kings who have already secured a place in the playoffs, and won 16 of their 20 road games this season.

The Saturday game did not start good for the Kings as during the first half of the game they kept piling up fouls and had some difficulty scoring while Nara took the lead.

Things changed from the third quarter as the team found the groove and Evan Ravenel and Ryuichi Kishimoto revved up their engines. At the end of the game, Ravenel had scored 23 points and eight rebounds, while Kishimoto tallied 13 points and seven assists. Anthony McHenry added 10 points for a good measure to nail the win. 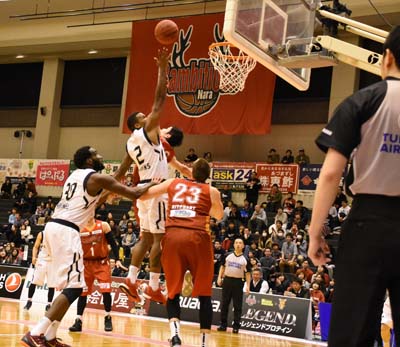 After the game, the Kings’ bench boss Tsutomu Isa admitted that his team had some problems at the beginning of the game. “Our first quarter was not good at all as we could not play the way we wanted. But then our players found the energy to change the stream of the play. Especially, we must not let Bambitious’ Julius Ashby and Josh Ritchart to play as they like tomorrow.”

Nara’s Heach Coach Kohei Ito admitted that his team could not keep up with the Kings. “We could not adjust against the Kings’ defense. In the first half we did well as we planned, but in the latter half of the game, our players ran into trouble with our fouls.”

On Sunday Ryukyu’s offense proved too much for the opponents as the Kings’ Morihisa Yamauchi and Shuhei Kitagawa scored 19 points each. Kishimoto sank in 16 points and had five assists, and Evan Ravenel took is a little easier than on Saturday scoring 13 points. 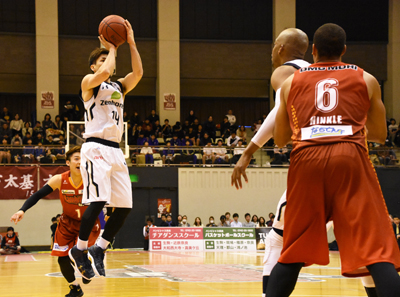 Takahiro Morishige, the Assistant Coach of the Kings praised the team for persistence, but saw still flaws in the defense. “Our persistent play led to the good result, but we would like to modify our defense that was not good today.”

Bambitious’ Eto said, “Our players did pretty well today. Even though we had an accident that forced our point guard Tatsuya Suzuki to leave the game for a while, we still could continue our play as our guard Junya Matsumoto took over his role. But we still allowed the Kings play freely at critical moments.” 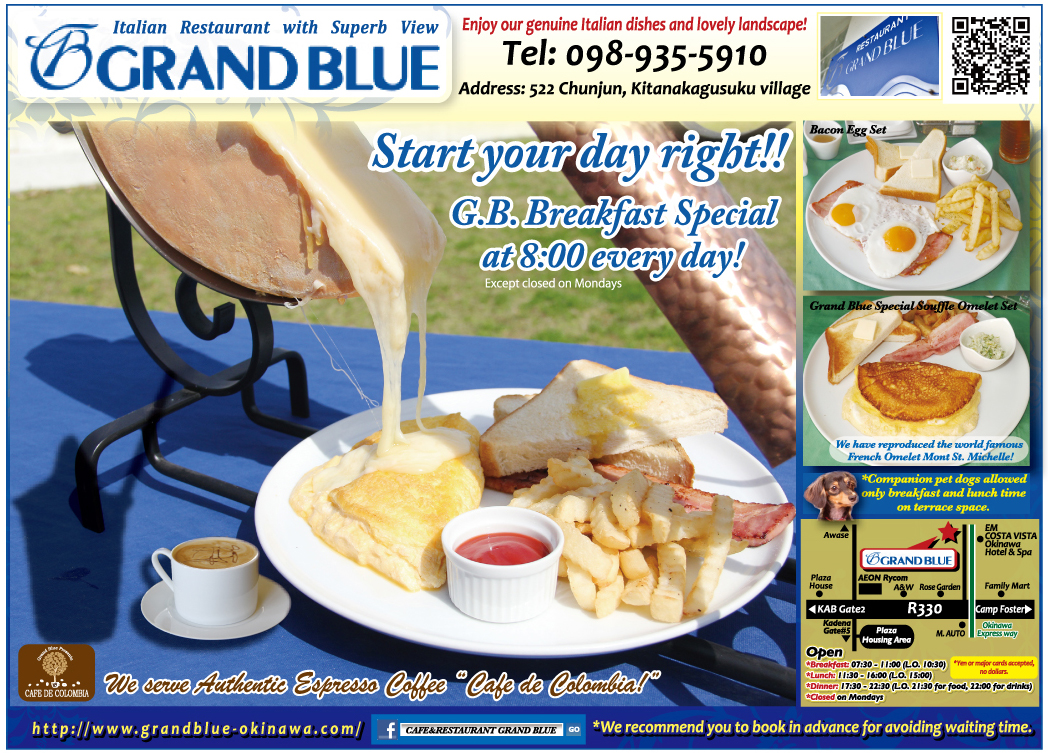