Luck of the Irish beefs up Park Avenue music event 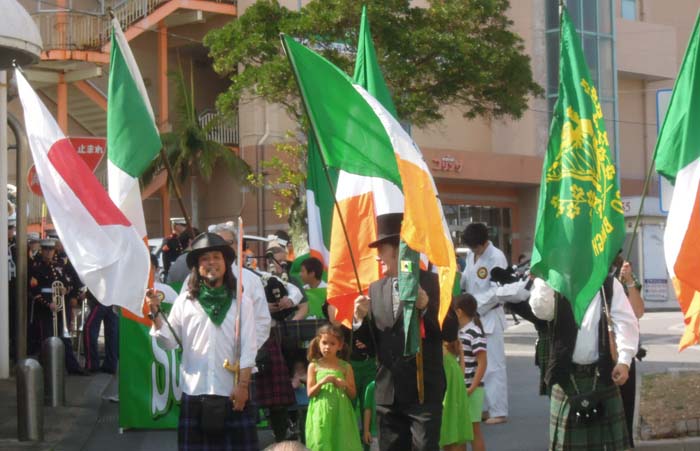 Although the ranks of the Irish may not be so large on Okinawa per se, there’s no lack of people who are Irish in their mind. Or at least, are very much so in spirit this Saturday, when the 10th St. Patrick’s Day Parade takes place starting at 15:00 from Korinza progressing along Chuo Park Avenue. 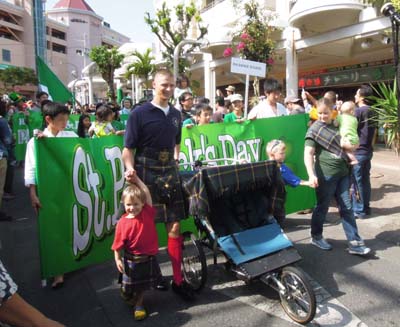 The parade attracts more and more people every year.

Everyone is invited to participate and have on something in green that’s the Irish national color. According to the event organizers, the best place to purchase goods related to the St. Patrick’s Day is the Daiso 100-yen shop. 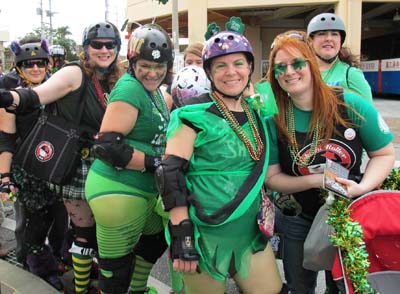 Several food and drink vendors, including the popular pizza-catering car, The Scarpetters, will provide food for the bodies while people’s souls enjoy the music. 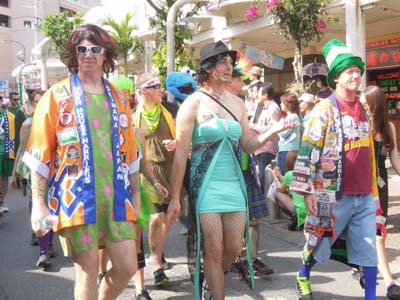 The Kanaderu Park programs begin at 4 p.m., following the parade. During the events, the avenue will be closed to vehicles between 12:00 and 20:00.