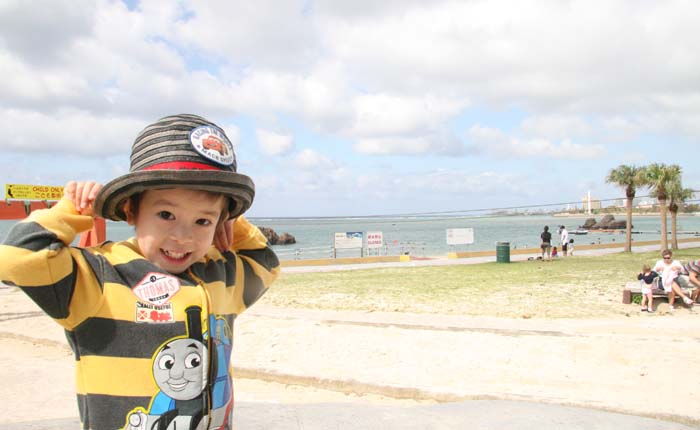 For the past few days the weather has definitely shown clear signs to justify calling Okinawa a “subtropical” island. And that means several things. The waters on the beaches are getting warmer, the outdoor dress-code calls for short sleeve shirts, and as people are tired of being cooped up inside, it’s the time to head for beaches. 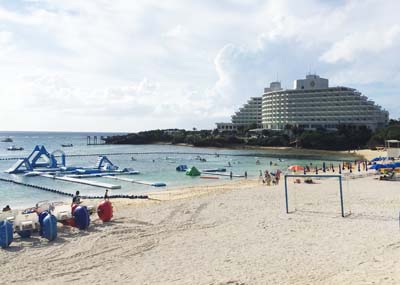 Manza Beach is the first to open the 2016 beach season is this Sunday.

And that’s good, because the beaches on Okinawa island begin to officially open this weekend with Manza Beach Resort leading the way, as it opens its beach with a ceremony on Sunday. To mark the occasion, Manza Beach opens its “Ocean Park” water playground to everyone to play for free, and all other marine activities are 50% off. Rides on Manza’s new Submarine II are ¥1,000 per person this Sunday that is a real bargain considering that the normal fee is ¥3,500 for adults and ¥2,500 for kids. 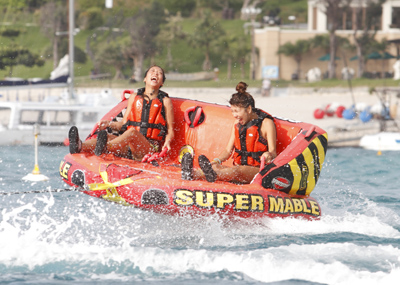 All water and beach activities at Manza Beach are discounted on opening Sunday.

Kariyushi Beach, Sun Marina and Nikko Alivila will follow suit a week later on Saturday, Mar. 19. The rest of Okinawa’s large resorts will all pen their beach seasons by the end of March.

Most public beaches on Okinawa’s main island are scheduled to open either on the last weekend of March or the first weekend of April.

Beaches on the outer islands of Kume, Miyako and Yaeyama are also scheduled to open on Mar. 18th and 19th. 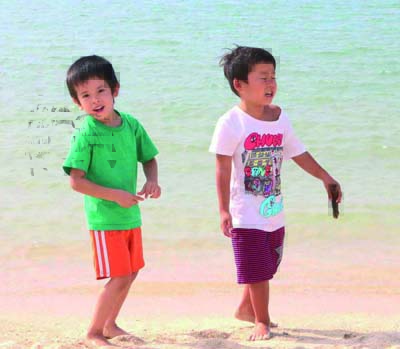 Most public beaches are scheduled to open in April.

There’s still time to go find some new swim togs, bikinis and other beach gear for the upcoming season, as Chura Sun and Bibi Beaches in Itoman open March 27th. Beaches at Onna Seaside Park. Ikei, Naminoue and Zampa hold their opening ceremonies on the first weekend of April, followed by Chatan Sunset Beach a week later. Each will hold official opening ceremonies, after which the folks can go wet and wild.

Many people are asking why to close the beaches on Okinawa at all, After all, what may feel like winter cold for locals, can be considered pleasantly warm and even hot by others who are used to colder climates of the northern parts of the globe, even domestically Hokkaido. And with the number of international tourists to Okinawa increasing in leaps and bounds, the time may come when most beaches are open year around, at least those at resorts.