Kishimoto chosen into The Best 5 of TKbj-League 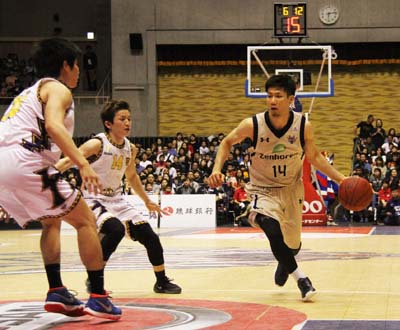 TKbj-League announced the list of the Best 5 Players of the Season 2015 – 2016 in the League on Apr. 27th, and point guard Ryuichi Kishimoto, the captain of the Ryukyu Golden Kings, was included.

The award winners are selected based on their record for the whole season, and the commissioner, each team’s head coach and all players in the league cast the vote. It’s the first time for Kishimoto to win the Best 5 Award.

Kishimoto says, “It was a pleasure for me to hear that I had won, as we prepare to capture the league championship flag. As we play on our home court in the first round of the playoffs this weekend, I want all of our fans to come and give us a big, hot boost!”