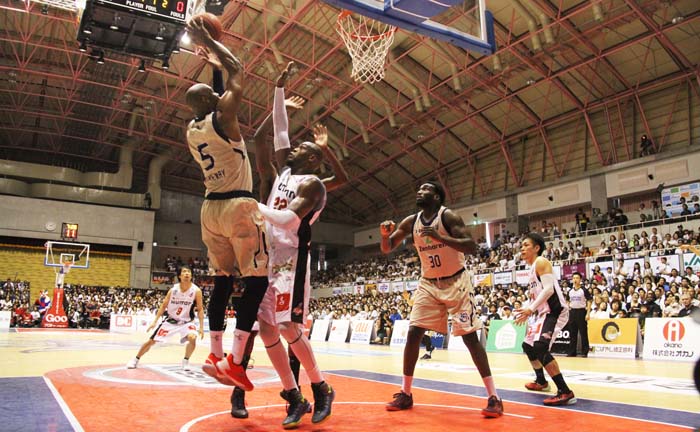 The Ryukyu Golden Kings swiped the Osaka Evessa in the conference semifinal matches at Okinawa City gym last weekend, earning the team the ticket to the league finals this weekend at Tokyo Ariake Coliseum arena. The Kings will appear at the finals for the sixth time. 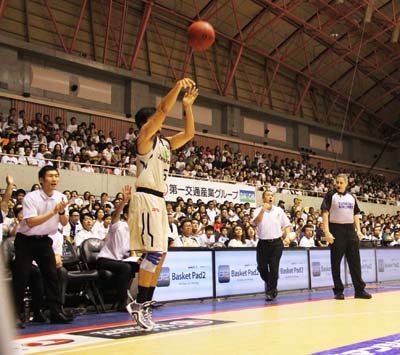 But, at the beginning of the last half, the Kings found their groove and scored 9 consecutive points, and went on to keep the lead until the end.

Tsutomu Isa, the head coach of the Kings said afterwards, “It was not a good game for us, but we managed to keep Osaka from getting to run the game, and that helped us to win.” He also gave thumbs up to the fans, whose unwavering support and loud cheers helped the team to double its efforts. “That helped us very, much, as this first win is very important, and gives us confidence to win tomorrow,” Isa said.

The game on Sunday proved to be even tougher, but the Kings won with 83-72, and thus grabbed the ticket to the finals. 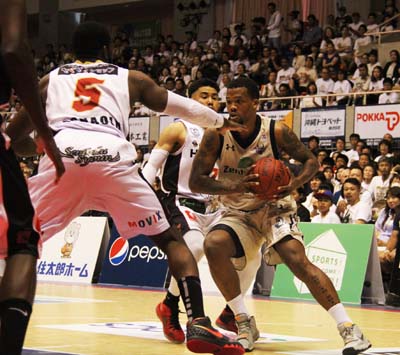 Dtealon Burns had a team-high 22 points on Saturday.

The game was 39-36 for the Kings at the end of the first half, but in the 3rd quarter, the lead almost slipped away, as Osaka executed successfully several 3-point shots and managed to reverse the game once.

The Kings started the fourth quarter 6 points behind, but then staged a strong rally. With 7 minutes left of the final quarter, Kishimoto canned three 3-pointers and Draelon Burns, coming off the bench, scored a total of 21 points. The Kings outscored Osaka 30 to 13 in the fourth quarter and reversed the game again to secure the win.

Isa said after the game, “It was a very tough game, and we played a reactive game against Osaka’s power until the 3rd quarter. The style of reversing the game in the last half is not our style. If this game was played in Tokyo, we’d have lost.”

The finals will be played at the Coliseum this weekend where the Kings will face Kyoto Hannaryz for the 1st place of the Western Conference on Saturday. The League Final will take place Sunday between the winners of each conference.