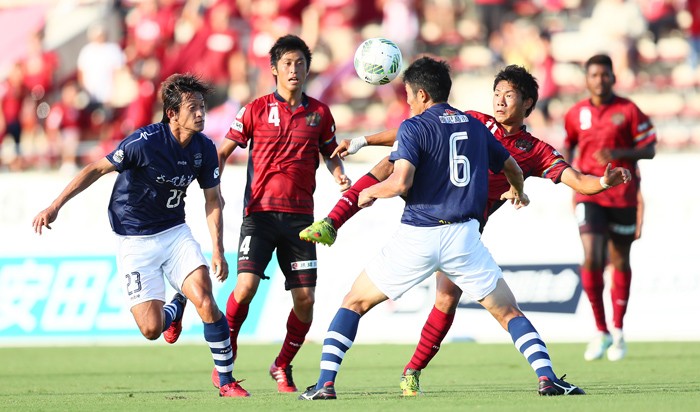 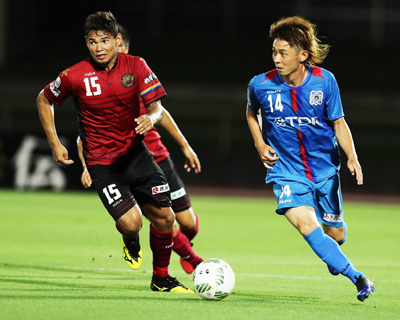 The stadium was renovated one and half years ago to accommodate soccer night games, and the main event in this year’s festival is a match pitting Okinawa’s FC Ryukyu against Cerezo Osaka. The match kick off is at 17:00.

The festival itself starts at 14:30, and features live performance by Hip Hop singer RODEO and acoustic trio Stuv9. Both RODEO and Stuv9 are from Okinawa.

A FC Ryukyu cheerleading group Ryukyu Bomberz has not been seen performing on Okinawa since 2013, as they have been busy performing in overseas and events in mainland Japan. However, many FC Ryukyu fans and supporters have wanted them to come back, so they are performing at the festival on July 31 for the first time in three years.

The hometown of the FC Ryukyu is Okinawa City, and Awase youth Eisa group is also scheduled to show their performance.

Tickets are ¥500 or $5 for SOFA status persons and residents of Okinawa City. Please show an ID at the box-office window. Admission is free for junior high and high school students. For all others, tickets cost ¥1,000 for free seats and ¥1,800 for numbered seats near the soccer field.