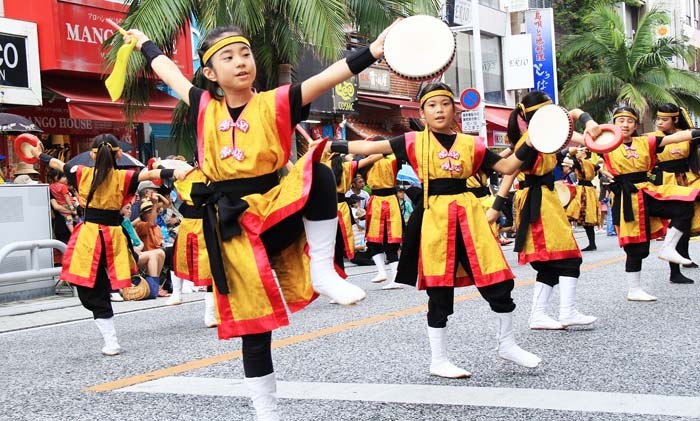 Children’s groups from various schools in the prefecture are also participating.

Kokusai Street in the center of Naha is one of the best-known sightseeing destinations in Okinawa. There are myriads of restaurants, souvenir and accessory shops, and always, large crowds of people.

On Aug. 7th, the whole 1.6-kilometer length if the street becomes a stage for over 66 Eisa teams parading and performing the Eisa of their home district. The event has been organized every year since 1995, and many people, both locals and visitors come to see the spectacle every year. 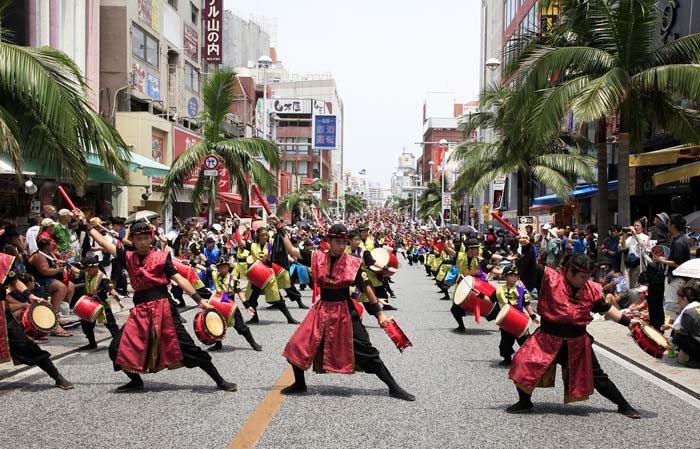 Paying a Y1,000 fee gets anybody in the parade. The fee includes a two-hour training session on Saturday.

Participating in the parade is not limited to the groups. The public can also participate, and about 1,000 individuals and unofficial groups usually join the parade by paying a ¥1,000 fee and signing up on Saturday starting 10:00 at a counter set up at the open space in front of the Okinawa Prefectural Office Building. A two-hour practice session follows from 11:00 to 13:00.

On the day of the event, Kokusai Street is closed for traffic from noon to 19:00. The parade is scheduled to begin at 13:00. In the case of an inclement weather, the even will be postponed to following Sunday, Aug. 14th.

During the parade, the dancers proceed down the Kokusai Street starting from Saion Square and ending at Palette Kumoji, stopping at 10 pre-designated stages along the way to show their stuff to the public. 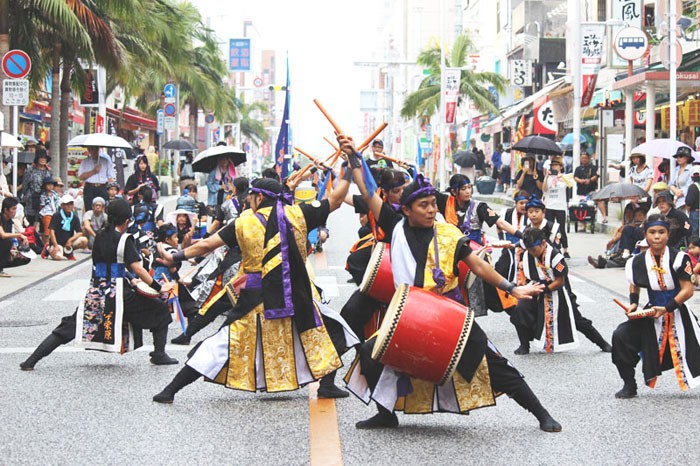 Every group has its own style developed in the community they represent.

Participating youth groups represent almost every community on the island, and guest groups from mainland Japan are also scheduled to participate. Children’s teams from various pre- and elementary schools

A pre-event is scheduled for Saturday, Aug. 6th from 16:00 to 18:00 at Saion Square at the northern end of the street and in front of Palette Kumoji Building featuring live music performances and original Eisa performances.

As it’s the hottest time of the year, organizers advise people coming to participate in or just watch the parade to prepare plenty of water to drink and wear a hat.