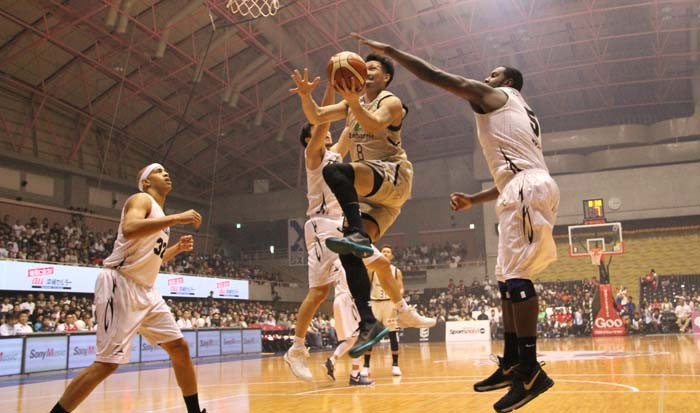 Hiromasa Omiya doing his part at Seahorse MIkawa’s end of the court.

The Ryukyu Golden Kings played against Seahorse Mikawa from Aichi prefecture last weekend. Seahorse Mikawa is considered one of the strongest team in not only the Western Conference but the whole B League. 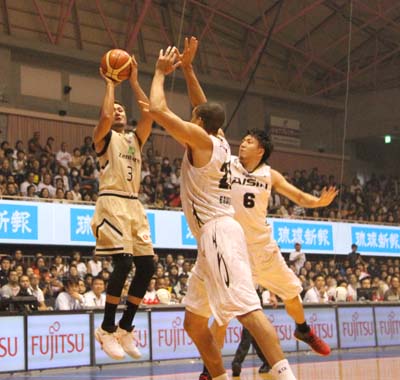 Shuhei Kitagawa in a tight place.

Alvark Toyota swiped the Kings in the B. League opening series last month, and everyone agreed that the team’s second pair of matches against an ex-NBL team would be very important for both teams.

The Kings had gained part of their confidence back after a home court weekend sweep against Shiga Lakestars a week ago, but Shiga, being an ex-bj-Legue team was kind of known entity. Facing the Seahorse Mikawa from Aichi Prefecture would be quite another matter.

In the first match on Saturday, the fans’ worst fears seemed to come true as Seahorse beat the Kings 69-89, a 20-point gap. In the 1st quarter, the Kings were left behind 10 points, but fought back closing the gap step by step, and finally caught up with the visitors at the beginning of the 4th quarter. It almost seemed like the hosts would be able to turn the game and win.

But not in this game. Mikawa geared up their game and scored 29 point in the final 10 minutes of the game, ending the fourth quarter 11-29, and nailing the 89-69 final numbers on board. 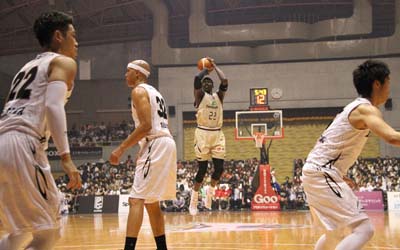 Mo Carlo added 8 point to the Kings on Saturday.

After the game, Kings’ Captain Ryuichi Kishimoto said the team had its “Big chance at the beginning of the 4th quarter, but Mikawa geared up their game more than us. I must admit that Mikawa played a nice game, very much better than us today,” adding, “But if we can play like we did in the 3rd quarter today, we can win tomorrow.”

And so it happened. In the Sunday game, the Kings took their first win from an ex-NBL team with 75-67. 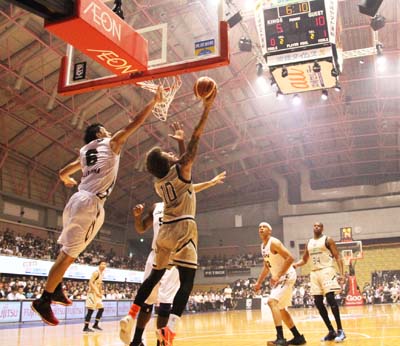 In the game, the Kings took lead from the 1st quarter, and kept it until the middle of the 3rd quarter. The tables were turned briefly but this time it was the Kings who had the extra gas in their tank to up the ante, and didn’t cede the flow of the match in the whole the time of the match. The Kings finally nailed it 24-14 in the 4th quarter, the win of an important game was theirs.

Tsutomu Isa the Head coach of the Kings said after the game, “Our players played well all 40 minutes as much as I wanted them to. They played at their own tempo and own style today. I’m really happy to for this the important win. It gives our team much confidence that we could play as we had planned, showing we can win against such a strong team.”

Shuhei Kitagawa, a former player of Seahorse Mikawa, scored 16 points against his former team, and played good defense also. Kitagawa said after the match, “I really wanted to win, especially today, perhaps more than my other team mates, and I’m very happy we succeeded.”