Kings redeem themselves with weekend sweep against Shiga 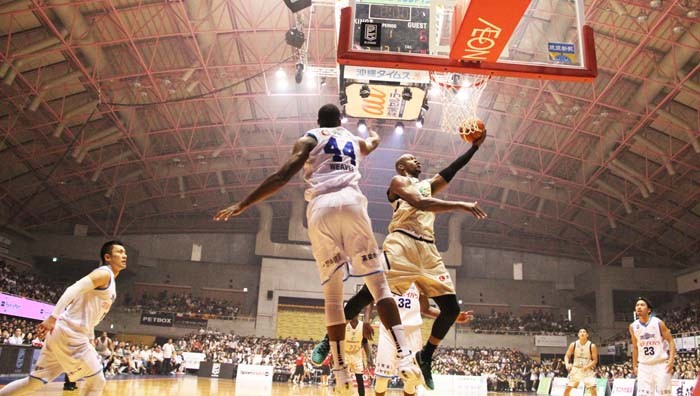 Anthony McHenry continues to be the pillar of the team.

Although the Ryukyu Golden Kings had a disappointing start with the inaugural series of games in the B. League against Alvark Tokyo, the weekend pair of matches against Shiga Lakestars gave the team a chance to redeem themselves. 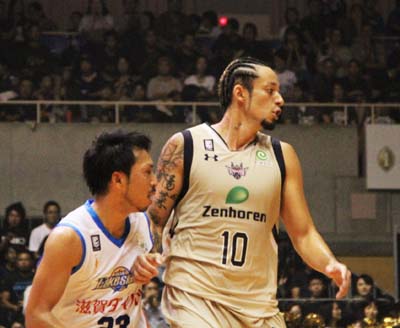 And they did. By winning both of the games, a squeaky 59-56 on Saturday, and then steamrolling their opponent 77-49 on Sunday, the team reassured their fans that they have what it takes.

In the team’s first B. League victory on Saturday, the Kings go into a strong start leading 25-9 after the first quarter. However, the Lakestars woke up in the second and outscored the Kings 21 to 6 to nearly even out the score at half time to 31-30.

At the end of the third quarter the score was even 44-44, but the Kings were able to squeeze out a victory with 59-56.

During the game, both teams had trouble making 3-point shots with the Kings being able to make only 4-for-22 and Lakestars scoring even worse at 4-for-24. 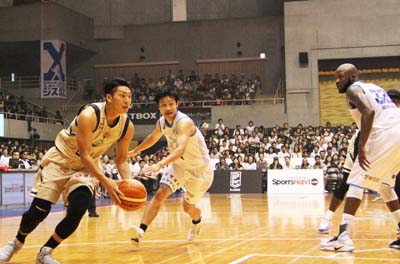 After the game, Tsutomu Isa, the Head coach of Kings said the support by the fans made all the difference. “Their support really propelled us to do our best, and we really appreciate it. I’m really relieved now with our first win this season. In the opening game in Tokyo, we could not play in our style, and we tried to restart that from this home game,” Isa said.

Sunday’s game was a different story. The Kings got into an equally strong start leading Shiga 21-6 after the first quarter. In the second quarter Lakestars were able to hold to the pace of the Kings, and the number at halftime were 39-25.

The third quarter was equally even with the Kings’ scoring one over the Lakestars, 14-13 for the quarter, but in the fourth quarter the Kings just kept going and outscored Shiga 24-11 winning the game decisively 77-49.

After Sunday’s win, Kings’ Head Coach Isa was not completely satisfied, and said, “Our research and analysis of our opponent was still not good enough, and we tried fix what we needed to do after the last game, and it worked well today. But we need to improve.”

In their next home game, the Kings will face Seahorse Mikawa, the runner-up in the NBL last season, in the second weekend in a row on their home turf at Okinawa City Gym. The game against one of the best teams of the Western Conference is expected to be fierce and a must-see match. And a sold-out event is expected. To purchase tickets as soon as possible, go to https://www.bleague-ticket.jp/club/rg/