Food and drink stalls are open on weekends.

Murasaki Mura in Yomitan Village, a popular theme park depicting a typical townscape in the Ryukyu Kindom in the 14th and 15th centuries. The site, originally constructed as a setting for a Japanese national television NHK drama “Ryukyu-no Kaze” that ran in 1993, is the venue of the second Ryukyu Lantern Festival featuring about 5,000 lanterns arranged throughout the area. 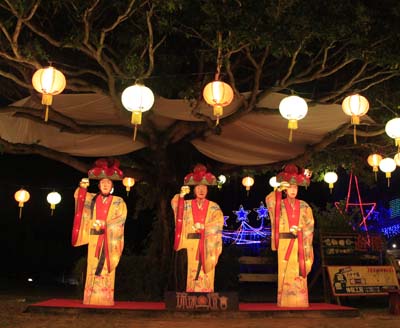 Live entertainment is on tap on Fridays and Saturdays.

Lanterns have been used to decorate buildings and parks in the far east for centuries, and many of them are actually real pieces of art, not to mention the romantic and somewhat mystique atmosphere they create. Included are lanterns created by prominent Okinawan woodblock print artist Naka Bokunen.

During the festival, the lanterns illuminate the entire park. Most of the lanterns are Chinese style. China had a strong influence on the culture of Okinawa in those days, as Okinawa became the first overseas country to have a tributary relationship with the Chinese Imperial court, and conducted flourishing trade as a go-between with China and Japan. 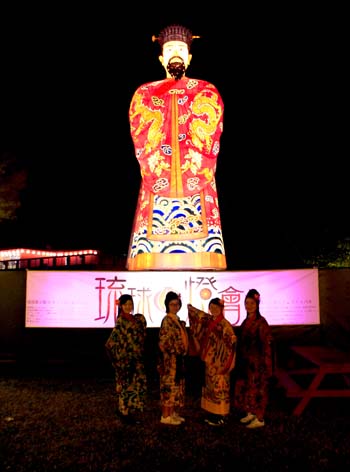 Local restaurants will set up stalls to sell food and drinks on Fridays and Saturdays.