The Golden Kings split a two-game set last weekend against the Hitachi Shibuya (Tokyo) Sun Rockers at home in Okinawa City. With a record of 16-21, the Kings still remain at 5th place in the Western Conference. The Kings took the Saturday game 78-63. Offensively, the Kings set the tempo in the 1st quarter hitting a number of high-percentage shots, and high-pressure defense forced early Sun Rocker turnovers. The Kings ended the first half with commanding 40-25 lead. The 2nd half didn’t go quite as well. The Sun Rockers came out firing on all cylinders while the Kings missed key shots in transition. Kings’ strong forward Anthony McHenry was the bright spot for the Kings in the 2nd half, posting a double-double with 11 points and team high 10 rebounds. 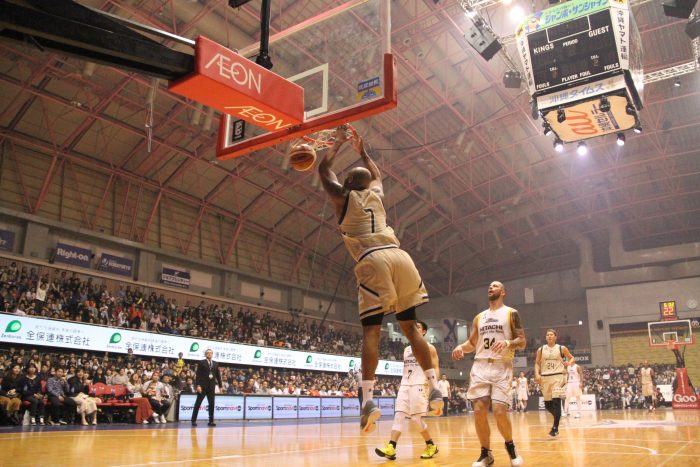 In the post-game interview, Kings’ head coach Tsutomu Isa said, “In the first half we were able to execute well in transition and we made some good plays. In the 2nd half we failed to execute nearly as well, which caused a bit of frustration and our guys rushing their shots. Tomorrow we need to maintain our focus and be more patient.” 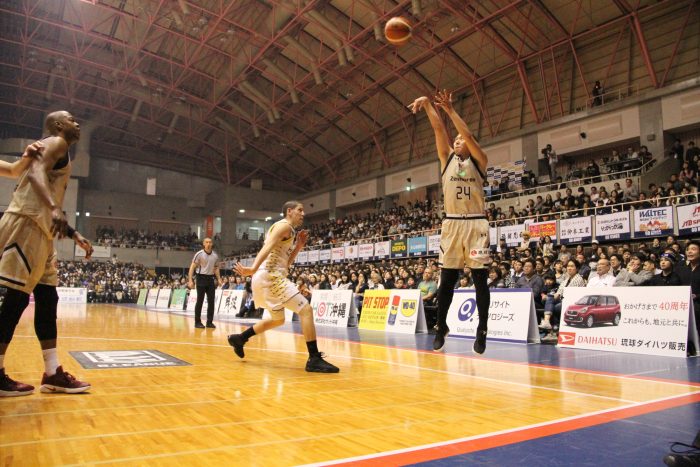 Naoki Tashioro made 3 a point shot.

The 2nd game on Sunday failed to meet Coach Isa’s expectations as the Kings were manhandled by the Sun Rockers. The 1st quarter ended neck and neck, but the Kings collapsed in the 2nd. The defense simply fell apart allowing the Sun Rockers free looks and easy buckets. By the 4th quarter, the Sun Rockers pulled away towards an 87-71 victory. Coach Isa commenting after the loss, “We were just unable to get into any sort of rhythm and completely allowed the Sun Rockers to control the tempo throughout the game. We need to learn to slow down and disrupt the other teams’ momentum before the games gets out of reach.” 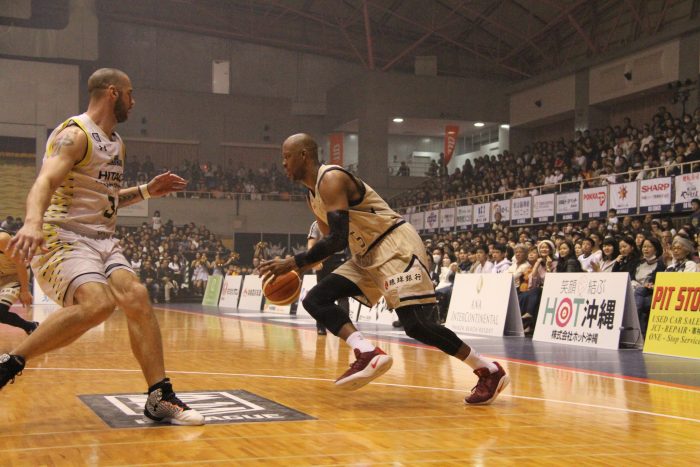 The Kings’ next home game is this weekend against the Chiba Jet at Okinawa City. Saturday at 18:00. Sunday at 13:00.