Higashi Village is located in the nature rich area of northeast Okinawa. With a population of less 2,000, Higashi is most known for pineapple production and being the hometown of LGPA golfer, Ai Miyazato. Higashi is also famous for its annual Azalea Festival, which runs this year from March 3rd through the 22nd. Because of Okinawa’s subtropical location, azalea’s bloom a bit earlier than in the mainland, making Higashi’s festival the earliest of its kind in all of Japan. On a hilltop in Higashi’s Tsusuji (azalea) Park, some 50,000 azaleas will be in full bloom making for an awe-inspiring panoramic view. The festival attracts more the 80,000 visitors every year, lured not only by the colorful display of azaleas, but also pineapple fields and Higashi’s natural spring water, said to be the purest in Okinawa. 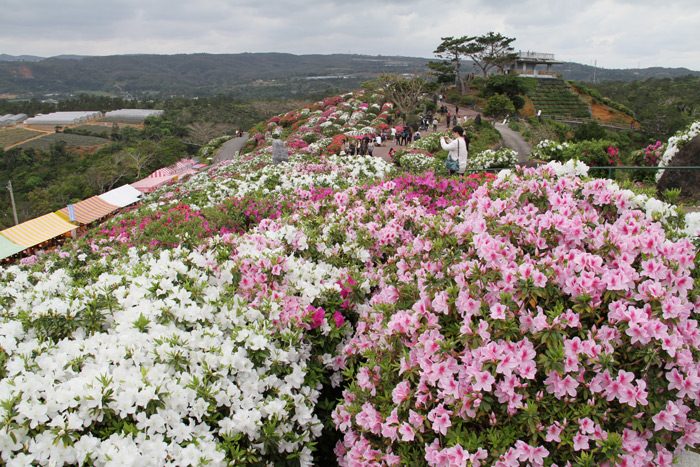