The Golden Kings split last weekends’ matchup against the Kyoto Hannrayz, winning the first game 89-78, and dropping the second 79-83. Before the weekend, the Kings and Hannrazy were 4th and 5th place in the Western Conference standings, respectively. The split saw the two teams switch places in the standings, as the Kings dropped a spot to 5th in the Western Conference. 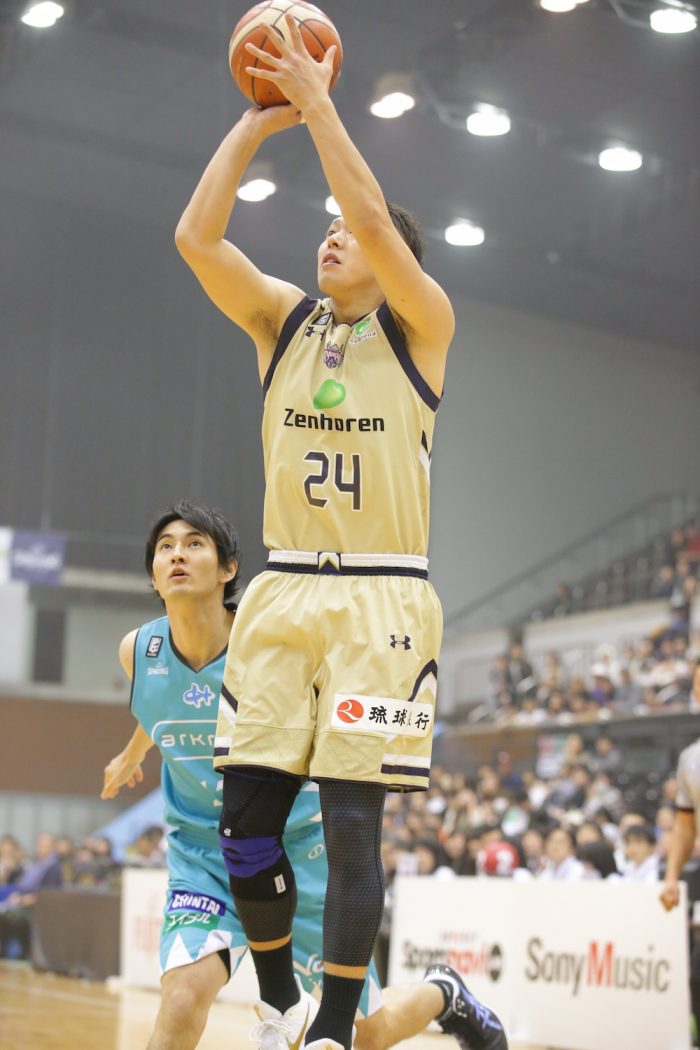 Naoki Tashiro led the way with 23 points, hitting 5-9 from the 3-point line.

On Saturday, the Kings put together a solid outing despite being without leading scorer Reyshawn Terry, who missed the game due to an illness. The Kings’ controlled the game from the start, shooting 63 percent from the field and dominating Kyoto on the boards. Kings’ forward Naoki Tashiro led the way with 23 points, hitting 5-9 from the 3-point line. Lamont Hamilton came off the bench to put up a double-double with 13 points and 13 rebounds in just 21 minutes of play. Head coach, Tsutomu Isa, said, “We won today because of solid game plan, but I’m not satisfied with our quality of play. The race for the Western Conference is tight and every team is attacking hard to earn a playoff spot. We need to continue working hard and focus on our style of play.” 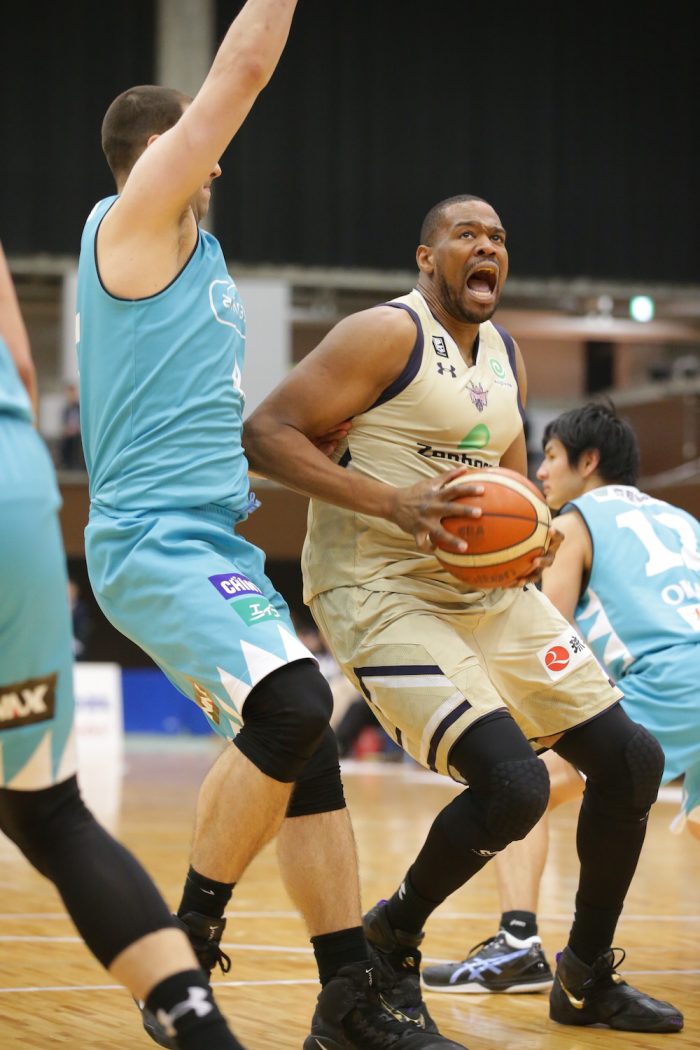 Lamont Hamilton came off the bench to put up a double-double with 13 points and 13 rebounds in just 21 minutes of play.

On Sunday, the Kings once again looked dominate early on, only to lose the lead midway through the 4th quarter. Kyoto made five 3-pointers in the 4th quarter to grab the lead and seal the victory, snapping the Kings’ 5 game win streak. The Kings’ used every player on the bench, but it wasn’t enough to hold off Kyoto’s late surge. Shuhei Kitagawa led the Kings with 22 points, and Lamont Hamilton posted another double-double with 14 points and 14 rebounds. Head coach, Tsutomu Isa, “We played hard today, but in the end it just wasn’t enough. We will come back hard next weekend.”

Following last weekends games, there is only a one game difference between 2nd and 5th place in the Western Conference. The race for the playoffs will be an interesting one to watch. The Kings face off against the 2nd place Nagoya Diamond Dolphins at home in Okinawa City.