The Golden Kings edge the NeoPhoenix, move into 4th place in the Western Conference

The Ryukyu Golden Kings have been on a tear of late with four straight wins and so far remain undefeated in the month of March. The recent upswing in play is much needed as the Kings are in a desperate push to earn a playoff spot with just 15 games remaining in the season. Going into last weekend’s two-game matchup with the Sanen NeoPhoenix at home in Okinawa, the Kings sat at 5th place in the Western Conference standings. Winning both games would propel the Kings into the 4th place and closer to a playoff bid. The Kings managed to do just that. 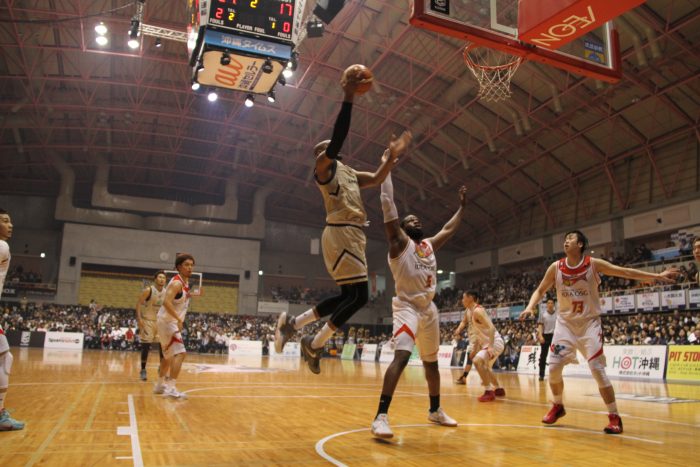 On Saturday, Reyshwan Terry exploded with 42 points and 7 rebounds as the Kings edged out the NeoPhoenix 70-67. The Kings controlled the pace early in the game behind Terry’s hot hand and finished the 1st half with a 36-31 lead. However, the NeoPhoenix took the initiative early in the 2nd half behind a strong performance from power forward, Olu Ashaolu who posted a double-double with 29 points and 15 rebounds. Reyshawn Terry kept firing away and draining buckets as the Kings fought to keep hold of the lead. In the end, Terry’s dominance proved too much for the NeoPhoenix to handle. In a post-game interview, Kings head coach, Tsutomu Isa said, “We managed to pull out the win, but it was a hard fought victory and we were left with a lot of work to do. The NeoPhoenix beat us on the boards, and despite Terry’s strong performance the rest of our team didn’t play very well. We definitely have some things to work on before tomorrow’s game.”

Reyshwan Terry exploded with 42 points and 7 rebounds as the Kings edged out the NeoPhoenix 70-67. 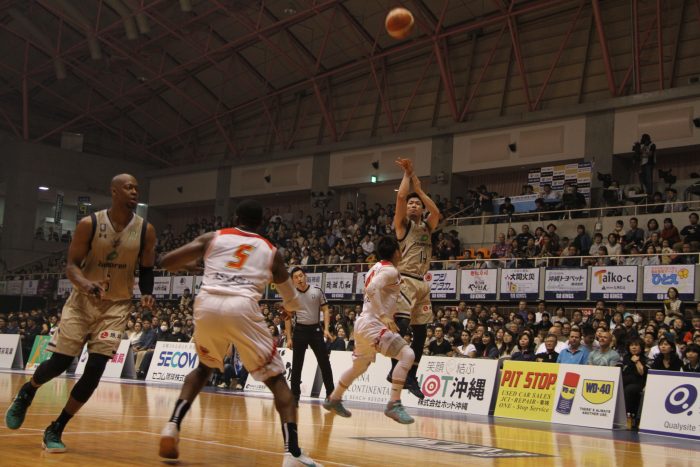 On Sunday, the Kings again barely edged out the NeoPhoenix 72-68, this time behind the play of power forward Lamont Hamilton who had a double-double with 14 points and 11 rebounds. Reyshawn Terry contributed 13 points and 8 rebounds. It was a much better team performance than the previous game as four Kings players scored double figures. Sunday’s victory was the fourth consecutive win for the Golden Kings and moved them into a two-way tie for fourth place with the Kyoto Hannaryz in Western Conference standings.

The tie for fourth place presents an interesting challenge for the Kings as they go on the road for a two-game matchup next weekend against the Kyoto Hannaryz on March 25th and 26th. The Kings next home game will be against the 2nd place Nagoya Dolphins on April 1st and 2nd at the Okinawa city gym.