After weekend sweep, Kings catapult to 2nd place in the Western Conference

Last weekend, The Golden Kings swept the Nagoya Diamond Dolphins at home in Okinawa City. In doing so, the Kings catapulted from fifth to second place in the Western Conference standings and are now serious contenders to make the playoffs. Just one point separates second from fifth place in the standings, so with just 11 games left in the season, a playoff spot is still up for grabs.

In Saturday’s game, Nagoya led at the end of the first quarter. But early in second quarter, the Kings’ defense turned on the pressure and held Nagoya without a bucket for nearly 5 minutes. The Kings’ offense also showed up as Shota Tsuyama went 5-8 from beyond the arc, finishing the game 15 points. The first half ended with the Kings in command, 45-32. By the end of the 3rd quarter the Kings had extended their lead by 20. Nagoya pushed back in the 4th and narrowed the Kings lead to just 3. It the end, Nagoya’s late rally wasn’t enough as the Kings were able to hold on and take the win, 82-76. Kings’ forward Lamont Hamilton scored a game high 24 points. 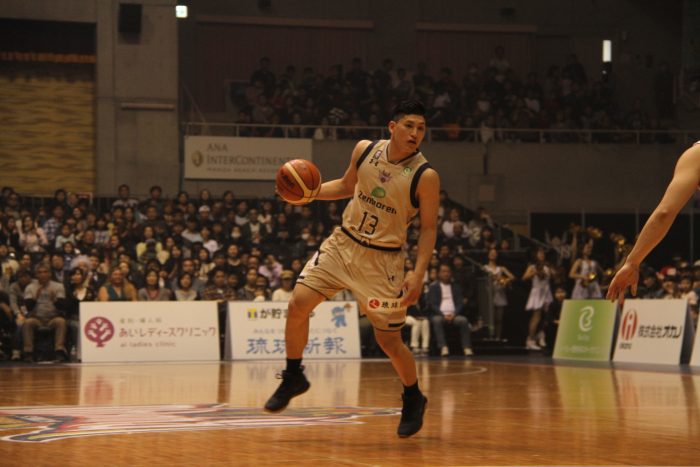 Syota Tsuyama went 5-8 from beyond the arc, finishing the game 15 points Saturday.

In Sunday’s game, the Kings’ offense struggled early on, but the defense was able to once again shut down Nagoya’s offense. The first half ended with Kings in control, 39-29. The Kings, however, found themselves in foul trouble early in the second half, which allowed Nagoya to cut deficit to 2. Kings’ guard Ryuichi Kishimoto exploded in the in the 4th quarter, igniting a rally that ended the game with a Kings’ victory, 83-69. Kishimoto finished with a game high 22 points. Head coach Isa was pleased with the Kings play on both sides of the ball. 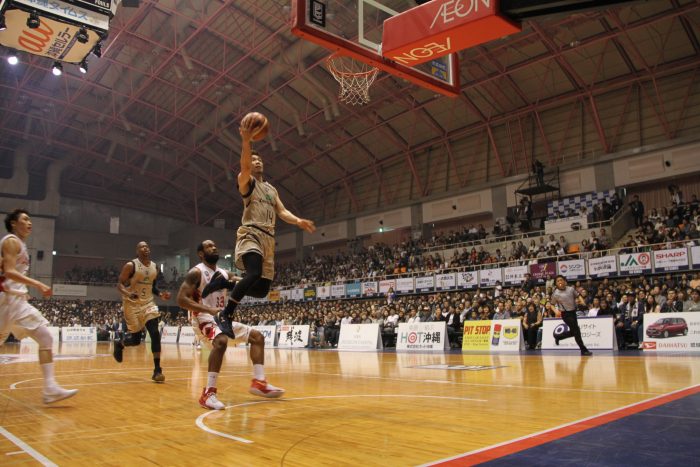 Ryuichi Kishimoto exploded in the in the 4th quarter Sunday.

The Kings began the season slow and they seemingly had no chance of making the playoffs. However, they began the month of March with a fiery determination to end the season on a high note. So far it’s been working, as the Kings have won 8 or the 9 and are now in control of their own destiny.

Kings’ fans are showing up in force to support the run for the playoffs. The strong show of support will need to continue as the Kings’ go on the road to face another playoff contender, the Shiga LakeStars. The Kings’ next home game will be April 15-16 against the first place Mikawa Seahorses.