Last weekend, the Golden Kings split a must-win series against conference rival and fellow playoff contender, Osaka Evessa. The result put Osaka in second place and dropped the Kings to third. With just five games remaining in the regular season, the Kings are now a full game back in the race for the playoffs.

On Saturday, the Kings played a near perfect game and thumped Osaka, 84-69. The Kings’ offense set the tone early putting up 28 first quarter points. Osaka picked up the pace a bit in the 2nd quarter and narrowed the gap to 11 points at the end of the first half. The second half started off much like the first—with the Kings in full run and gun mode and controlling the pace. Osaka was unable to slow the tempo and effectively check the Kings fast-paced offense. Shuhei Kitagawa, now fully recovered from a recent injury, went 3-7 behind the three-point line and finished with a game-high 19 points. Shouta Tsuyama chipped in 16 points. Kings’ head coach Tsutomu Isa, “We controlled the pace early and maintained our tempo and style of play throughout. We need to continue to do so.” 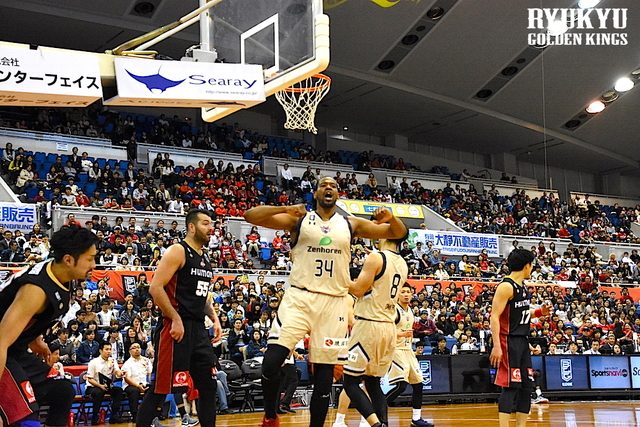 On Sunday, Osaka returned the favor and downed the Kings, 83-62. Early on, the Kings missed easy buckets in transition and committed a number of costly turnovers. The Kings were down 27-8 at the end of the first half. The offense turned things around in the second half, but it was too little, too late. Osaka big man, Xavier Gibson, led all scorers with 20 points. The Kings’ Shouta Tsuyama led his team with 17 points. Head coach Isa, “Osaka played with passion and power from the very beginning and we just couldn’t match it. The first quarter really set the tone today.” 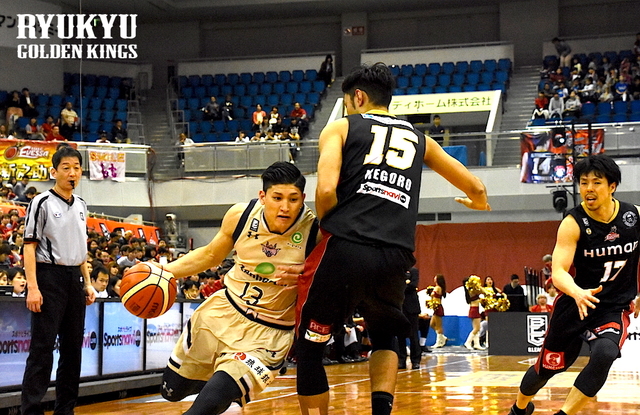 The Kings will face the 4th place Kyoto Hannaryz at home in Okinawa City, April 29th and 30th.