Golden Kings Swept by Seahorses Mikawa, Fall in the Standings 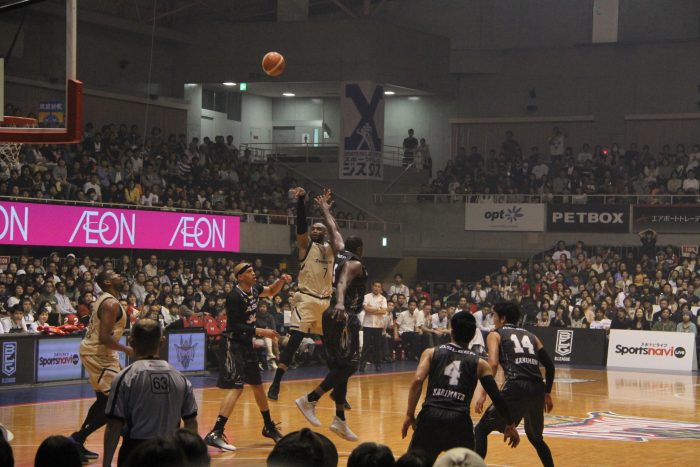 Reyshawn Terry put up a double-double of his own with 29 points, 10 rebounds Sunday.

The Ryukyu Golden Kings late-season push for the playoffs suffered a setback after losing two key games at home in Okinawa City to conference rival, Seahorses Mikawa. The two losses dropped the Kings from 2nd to 3rd in the Western Conference standings. The Kings now have a record of 25-28.

With just seven games remaining in the regular season, the 1st place Seahorses (43-10) are now riding an impressive 12 game win streak and have the conference championship already locked up. After going on a 9-1 tear in March and early April, the Kings have now lost three straight. They are still in the hunt, but face three division rivals down the stretch, all of them in playoff contention. No doubt the push for the playoffs will be intense.

On Saturday, the Kings trailed the entire game. The Kings kept it close in the first half, but a number of costly turnovers and missed opportunities in transition allowed the Seahorses to control the pace on hold onto the lead. In the 2nd half, the Seahorses’ dominance proved too much for the Kings to handle. The Seahorse 1-2 combination of swingman, Kosuke Kanamaru (23 points) and center, JR Sakuragi (20 points, steadily wore down the Kings’ defense as the Seahorses pulled away towards a 96-82 victory. Ryuichi Kishimoto went 3-5 from beyond the arc and led the Kings with 21 points. 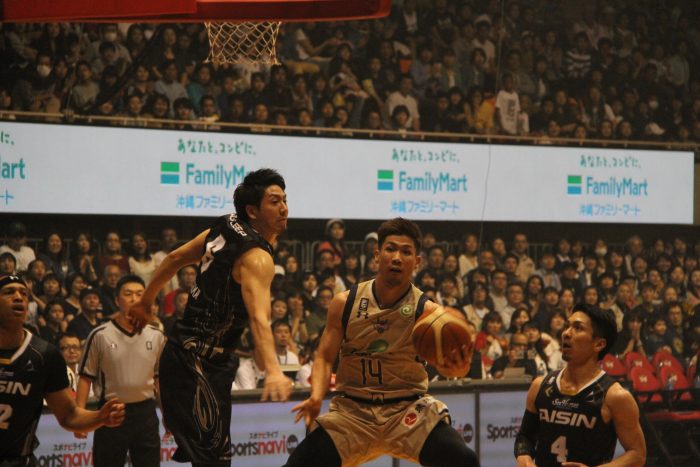 Ryuichi Kishimoto went 3-5 from beyond the arc and led the Kings with 21 points Saturday.

Although another loss for the Kings, Sunday’s game was a close, hard-fought battle from tip-off to the final whistle. Seahorses’ power forward Gavin Edwards was dominant, posting a double-double and game high 30 points and 17 rebounds. In just 21 minutes of play, Kings’ forward Reyshawn Terry put up a double-double of his own with 29 points, 10 rebounds. Both teams had 4 players score in double digits. Kings’ head coach Isa Tsutomu used his entire bench. But in the end, it wasn’t enough as the Seahorses’ inside game was simply too dominant. 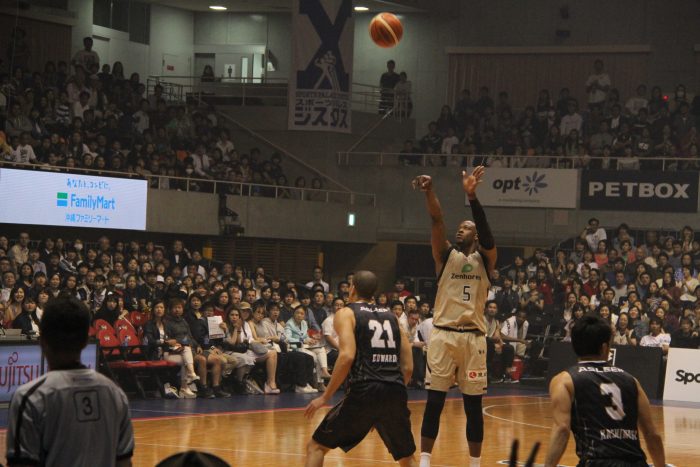 The Kings head to Osaka next weekend for a two-game match-up against Osaka Evessa, who recently jumped of the Kings to second place in the Western Conference. The Kings are just one game back, so the upcoming series is a must win if they are to remain in contention.