This year, Golden Week begins on April 29th and continues until May 7th. With four separate holidays crammed into a one-week period, Golden Week is perhaps the most important holiday season of the year. The four holidays of Golden Week are Shōwa Day, Constitutional Memorial Day, Greenery Day, and Children’s Day. Golden Week in Okinawa is time for festivals, drinking, dancing, and, most importantly, the Naha Haarii Festival. 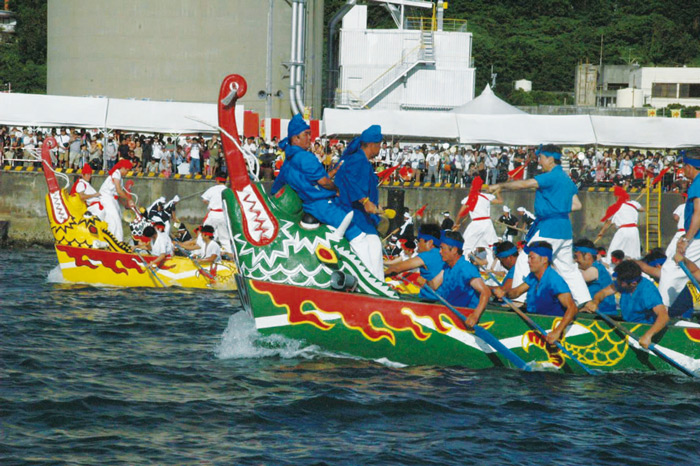 Naha Haarii—which means “dragon boat” in the Okinawan dialect—is a large festival held at Naha New Port every year during Golden Week. This year the festival will be held from May 3-5. Every year some 200,000 people from all over the world attend the three-day festival complete with live music, food, game booths, and, of course, Orion beer!
The haarii dragon boat races are a festival that celebrates and prays for a good catch as well as the safety of fishermen and seafarers. Traditionally, all haarii races in different regions of Okinawa took place on yukkanuhi, May 4th of the lunar calendar. But as tourism has grown, organizers want visitors to watch the Naha Haarii and it is performed during the Golden Week from May 3rd to 5th of the solar calendar.

The Naha races take place at Naha New Port Wharf next to Tomari Bridge, and on the first day, junior high school student teams from Naha City compete against similar student teams from other areas. The races are performed as Buddha’s wish for salvation of the world. The public has a chance to ride on haarii boats on the 4th and the main races are on the last day, May 5th. 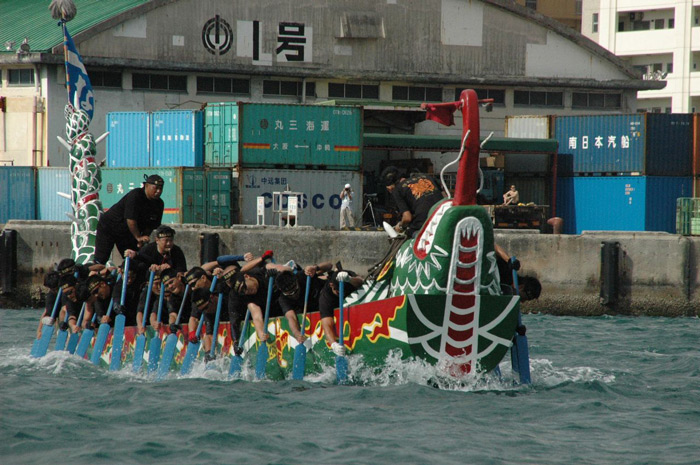 Besides the haarii races, there will be entertainment each day including comedy, live music performances, and even a sumo contest for youngsters. Of course, plenty of food, cold beer and soft drinks are available throughout the festival and each of the three days ends with a massive fireworks show.

The dragon boat races originated in China and were introduced to Okinawa sometime during the 14th century. Legend has it that a Ryukyuan prince saw the “Haryu Ship” races in Nanjing, China, while studying there, and had a copy of the race boat made after coming back to Okinawa. Villages in other parts of the island made their own boats and the races became popular during the age of the Ryukyu Kingdom. The custom was abolished when the Ryukyu Kingdom was made a Japanese Prefecture in 1879. Although the race was temporarily revived, the games finally stopped in 1928, The event became a permanent fixture in 1975.

The biggest difference between Naha Haarii and other races within the prefecture is the size of the boats. Although the crew of the Haarii boat elsewhere consists of about 11 people, the boats in Naha are larger with crews more than 40. 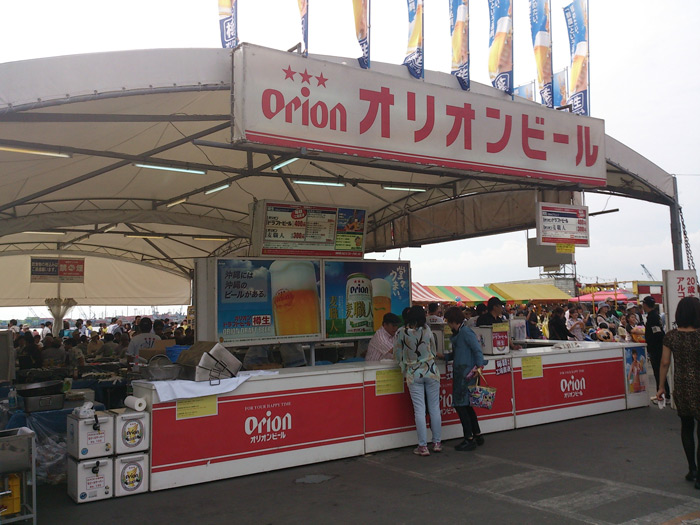 Of course, plenty of food, cold beer and soft drinks are available throughout the festival.

Three boats compete against each other in each heat. The boats race a distance of 400 meters, in four 100-meter round trips. On the final day, teams, representing companies and occupational groups take compete against one another, including teams from the U.S. military and Self Defense Forces. There is also a race for women teams.
Everyone planning to visit the festival is reminded that parking in the area is very limited, so public transportation is strongly encouraged.