Last weekend the Golden Kings traveled to Shiga Prefecture and split a two-game series against the Shiga Lakestars. The Kings took Saturday’s game, 75-73, and dropped Sunday’s game, 88-89. The Lakestars are currently last place in the Western Conference. The Kings’ managed to hold onto 2nd place spot in the Western Conference standings, but just two games separate 2nd from 5th place with nine games remaining in the season. Both squads face a tough schedule as the push for the playoffs heats up.

On Saturday, the Lakestars attacked the kings with speedy play, but the Kings’ stingy defense was up to the challenge. The first quarter ended with the Kings’ in the lead. In the second quarter, the Kings used their time-outs strategically to try and slow down the Lakestars quick pace. The Kings’ calm, steady style of play continued in the 3rd quarter, yet the Lakestars managed to hold onto the lead. During the 4th quarter, the Kings began to chip away behind the play of Lamont Hamilton and Shouta Tsuyama. Both ended the game with 14 points apiece. Yusuke Kano hit three clutch 3-pointers down the stretch, giving the Kings the edge, 75-73. 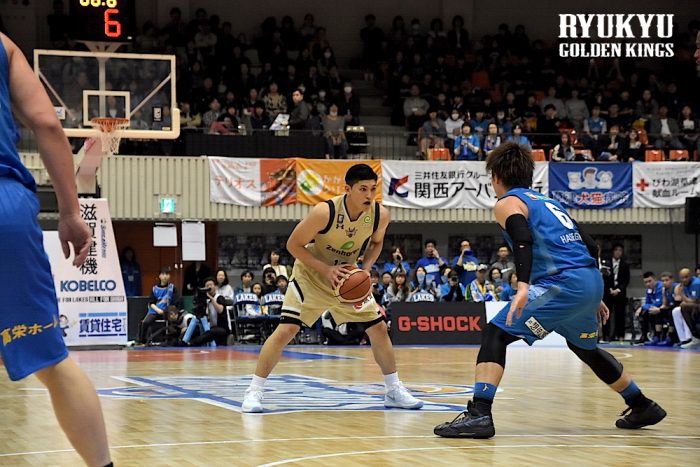 Sunday’s game was a seesaw battle from beginning to end. The Lakestars took the lead in the 1st quarter, only to give up in the 2nd quarter as the Kings’ offense caught fire behind the play of forward, Reyshawn Terry. Thanks to four 3-pointers in the 3rd quarter, the Lakestars once again took the lead. The 3rd quarter ended with the Lakestars in control, 67-63. The back and forth battle continued in the 4th. The Kings’ hit two free-throws to tie the game with just 10 seconds remaining. A late foul, however, returned the favor. The Lakestars nailed a free throw and sealed the victory, 89-88. 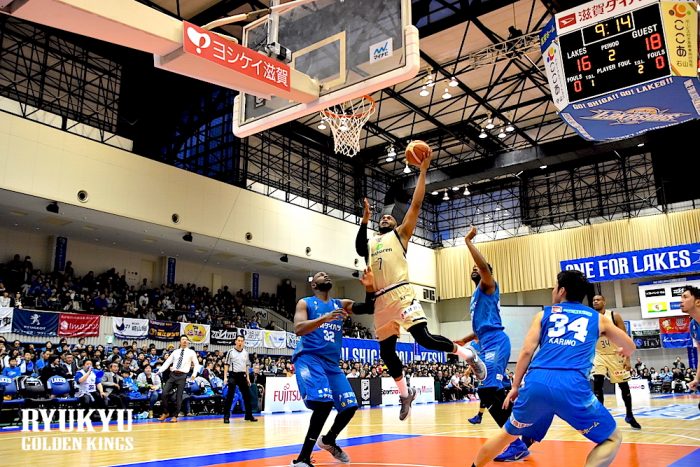 The Kings will host a two-game set against the Seahorse Mikawa next weekend in Okinawa City.