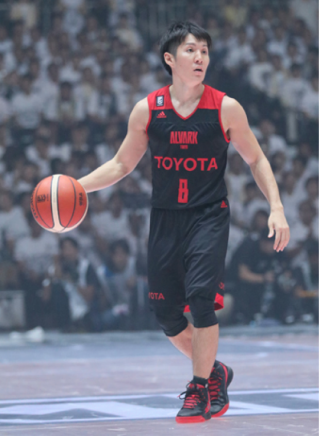 Ninomiya, 173 cm tall weighing 70 kg, is a point guard who graduated from Kyohoku High School and went to Keio University. He became a professional player for Toyota Jidosha Alvark in season 2011.

Ninomiya commented through the team ,“Golden Kings is an attractive club that is good already but always aims at a higher level. Joining Kings is also a challenge for me, and I would like to contribute to the team.”

A representative of the Kings said, “(Ninomiya) can create an offense with a fast break at a high speed, and pass the best ball even from half court. He has a character completely opposite from Ryuichi Kishimoto. Both of them play their own roles and can work together great, which give our team a big boost.”