Norio Sassa was introduced as the new head coach for the Ryukyu Golden Kings at a press conference Thursday at ANA Crown Plaza Harborview in Naha. This is Sassa’s first post as the head coach of a professional basketball team. 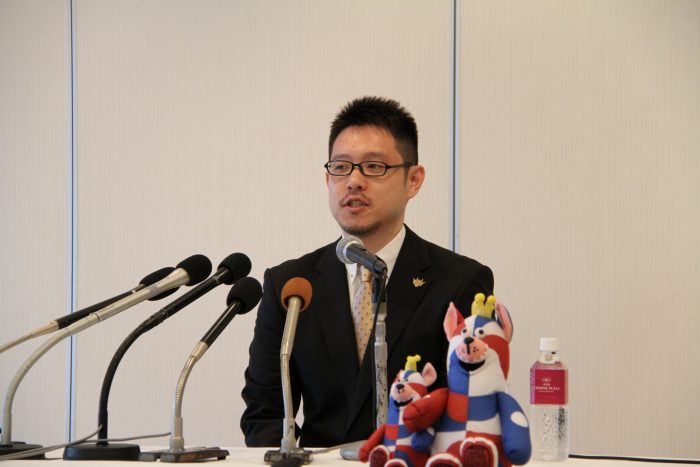 After the last season, Ryukyu Golden Kings replaced large number of their members. Sassa says, “I would like to inspire the team to keep challenging and fighting this coming season.” He added that, “The Kings is beloved by Okinawa people, and I’m going to thrive to make my best efforts to contribute to the team and Okinawa.”

After an experience of about 15 years as an assistant coach at a university and the Japan National Team, Sassa promptly accepted the invitation to become the head coach of the Kings. According to Sassa, the Kings “has good offensive power, but their defense is not good enough to become the champion.”

He says he is first trying to “share values with the team members” and plans to strengthen the team strategy after all members get together. The fans expect better results than the last season, and Sassa said, “This year’s Kings is just a young team, including myself, and basketball needs a lot of experience. So, we need to gain more experience every second to reach higher.”