The Orion Beer Festival held at Koza Athletic Park towards the end of every summer takes place next weekend after the Lunar Calendar Bon Festival. Simultaneously, the All Okinawa Eisa Festival in the same Athletic Park in Okinawa City, is held on the same days, and together are one of the biggest festivals on Okinawa and, definitely, the biggest beer festival on the island. 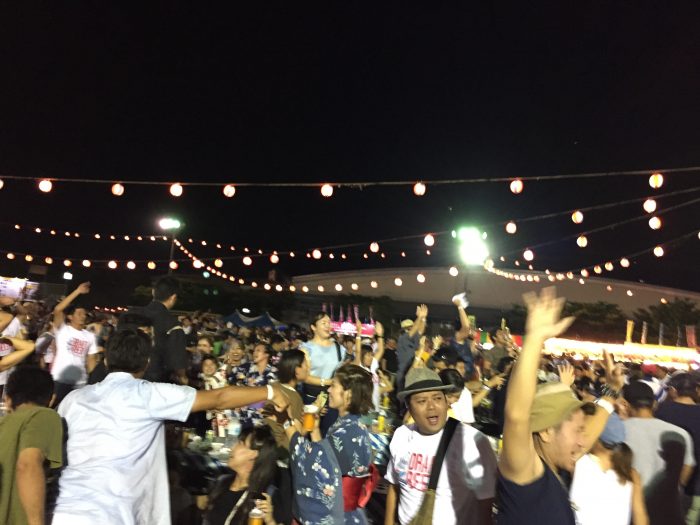 Everybody, regardless of nationality or race, becomes one big happy family at the festival.

The beer festival is an annual event organized by the Orion Beer Co. that is Okinawa’s own brewery and much loved by locals and visitors alike. The brewery is celebrating its the 60th anniversary this year.

The festivals that are held Saturday, Sep. 16th and Sunday, Sep. 17th, open at 16:00 with programs starting at 16:45. Both conclude at 21:00 with fireworks ending both days. As said above, this is the top festival for local Okinawan residents, and seats and tables prepared by organizers on the festival field will become occupied very, very soon after the gates open. Of course, no cooler boxes, own chairs or tables are allowed to the venue. 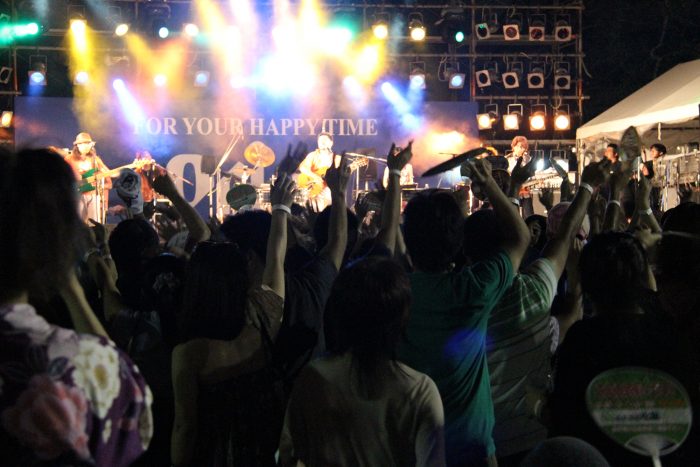 In the audience, one could get confused where he or she is, because large number of Okinawa’s foreign residents hailing from every corner of the world come to the party chatting away in their own languages. After all, Okinawa City prides itself on having people from more countries residing within its borders than any other place on the island. But after a while, everybody has fun making high-fives and hugging each other. People are happy and everybody smiles. Nationalities and borders disappear, and everyone is a human being having fun. 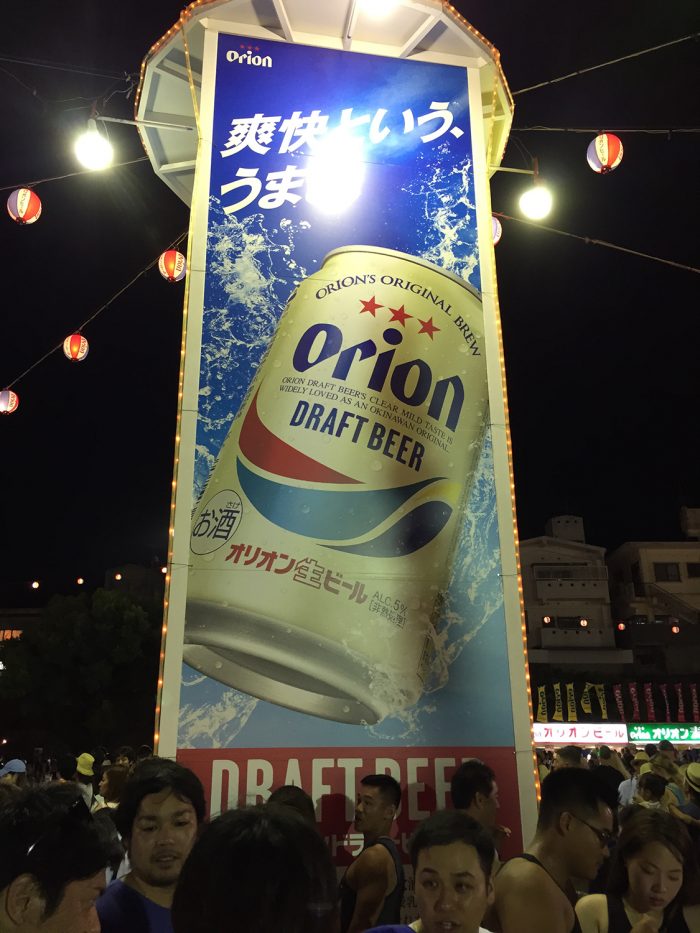 The tall Orion Beer sign at the center of the festival venue is a popular landmark to meet friends.

This is what makes people love this festival and come back year after year.
Persons intending to purchase beer or other alcoholic drinks need to show an ID to prove they are over 20 of age, and get a wristband at the entrance. Those under 18 years old need an adult guardian to enter, and they must be in the company of the guardian while on the venue. Group consisting of children only are not allowed.
Parking and shuttle bus information are available on www.okinawanderer.com