Ginowan Hagoromo Festival is one of the largest festivals on the island regularly attracting more than 100,000 visitors during two-day run over the weekend of Sep. 30 (Sat) and Oct. 1st (Sun). The festival takes place at Ginowan Seaside Park next to the Okinawa Convention Center. 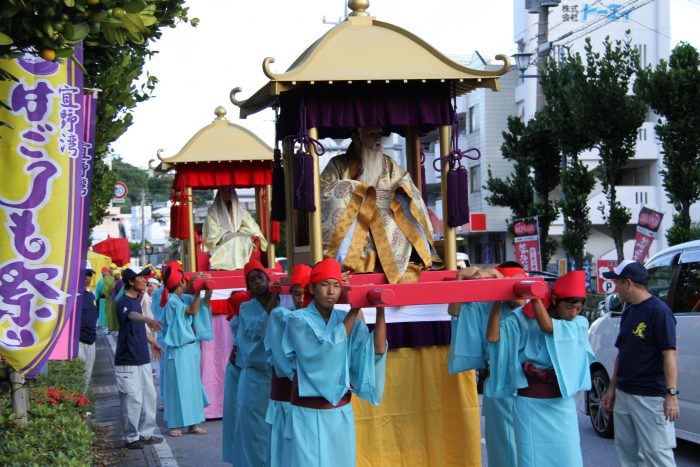 Eisa and kachashi dances are the focus on
Sunday.

On the first day the festival events start at 3 p.m. with popular parades proceeding on the street in front of the Convention Center. The parades depict the famous Hagoromo Legend, with marching bands and eisa dancers added. Those who enjoy taking photos will be delighted with the “Walking Picture Scroll of King Satto,” a powerful 14th century Okinawan Lord who is said to have been the son of a farmer and a heavenly maiden, who’s the focus of the Legend of Hagoromo.

The legend behind Hagoromo has variations in mainland Japan and around the world. The story tells of a man walking near a river who came upon a beautiful robe he’d never seen before, and took it home and placed it in a storage room. Returning to the river, he spotted a beautiful heavenly maiden bathing. As she finished, she found her robe gone, a disturbing discovery. The man stepped forward, talking to her gently, inviting her to his home. The two later married and had two children, a boy and a girl. As the children were growing up, the maiden heard the older child sing a lullaby to her brother. The song was about the robe kept in storage. Although the woman was living a happy life, she couldn’t resist the temptation of getting it back, found it, put it on, and immediately had to go back to heaven, leaving her husband and children.

Then highlight of the second day is the ever-popular Kachashi Dance Tournament that starts just before 5 p.m. Anyone can take part in the tournament and both participants and spectators are guaranteed to have equally good time. There will also be many live performances on the main stage, starting 1 p.m. 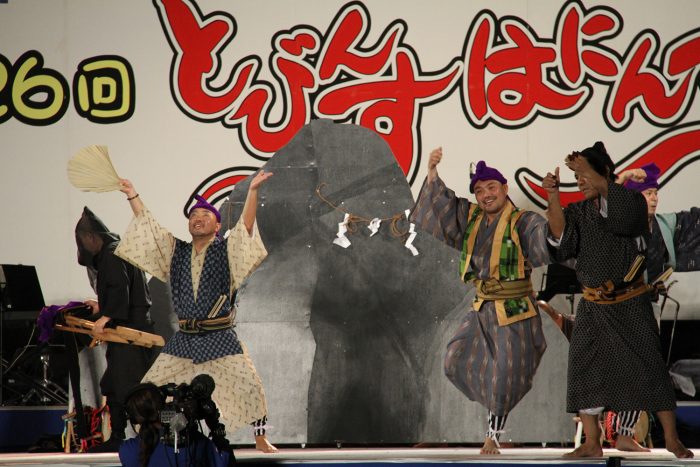 Eisa and kachashi dances are the focus on
Sunday.

Also the fireworks at 8:50 p.m. from Tropical Beach end the festivities on both days and will be a memory to last for a long time. 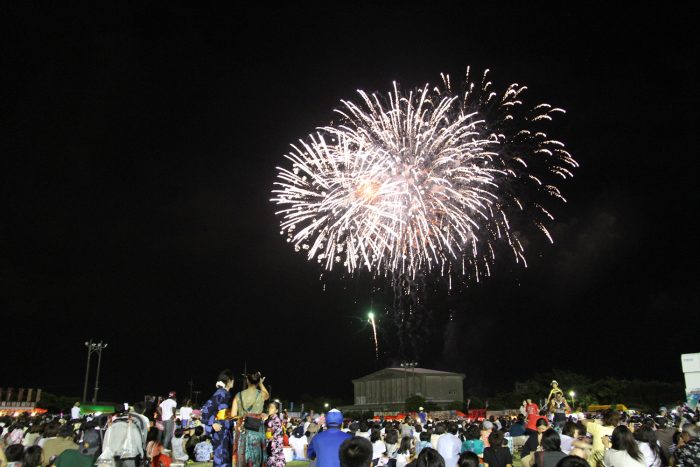 Massive fireworks show ends the festival on both evenings. 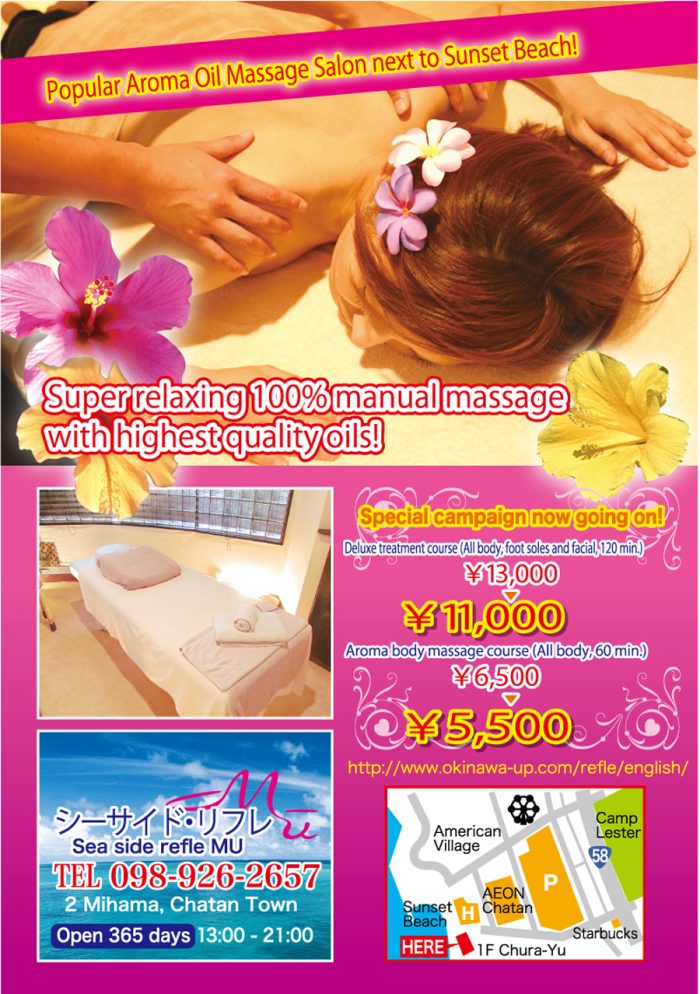