Naha Giant Tug-of-War invites everyone to pull their weight

Naha Giant Tug-of-War Festival is the largest festival in Okinawa, and actually, consists of three specific events running from Saturday, Oct. 7, through Monday, Oct. 9. Monday is a Japanese National Holiday known as the Sports Day. 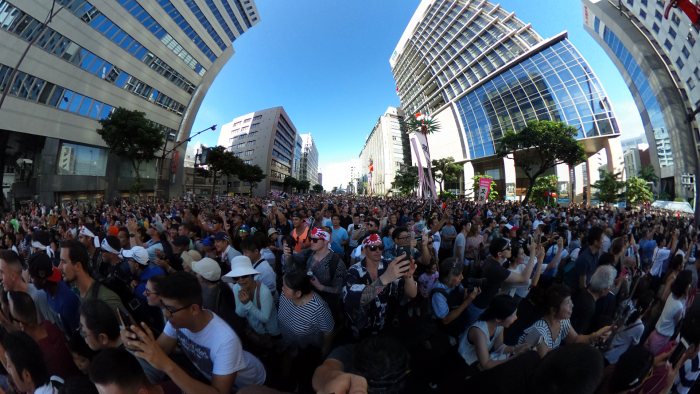 More than 280,000 people gather for the tug-of-war contest that for many becomes a special memory of Okinawa.

The Naha Giant Tug-of-War is known as the world’s largest tug-of-war, properly documented and certified by the Guinness Book of World Records in 1995 as the largest tug-of-war and the largest straw rope in the world.
A crowd of some 15,000 participants takes either the east or west side to pull the mother of all ropes five meters in either direction during the half-hour competition. Anyone can take part in the pulling, but to do so, one must get there well in advance. 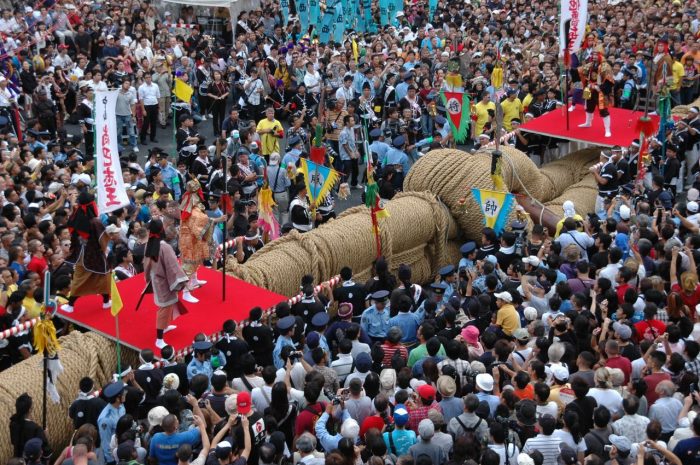 The contest will take place on Sunday, Oct. 8th, on Route 58 at Kumoji Intersection in downtown Naha. The contest begins with a ceremony at 14:45 with representatives of teams from east and west performing a series of martial arts demonstrations and drum performances. 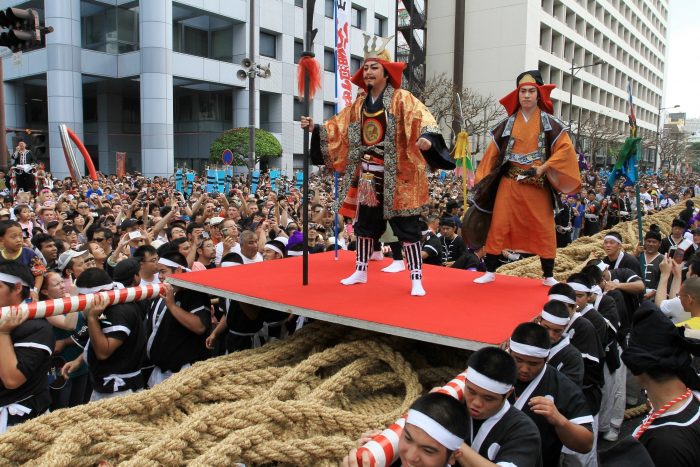 The historical ceremony is held before the contest. Photo by Naha city

After speeches and praise for the teams of the two sides, the halves of the rope, each about 300 feet long, are pulled together and linked with a 10-foot wooden peg called “Kanuchi” at 15:30. A huge ornamental ball over the rope is opened, and the pulling starts at the sound of a gong at about 16:10.
The contest ends with a sound of a siren when either of the sides wins, or no later than at 17:00 if the contest is a draw. During its modern-day history, the East team has won 14 contests, West 14 and 15 contests have been declared a draw.
After the contest, people cut away pieces of the ropes for lucky charms or souvenirs. 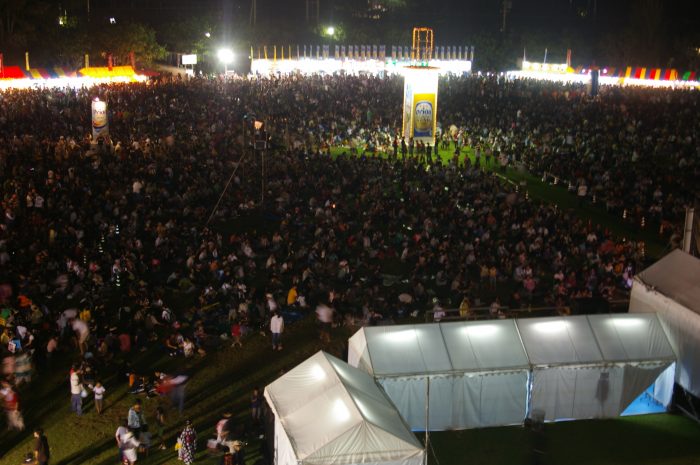 The Orion Beer Paradise at Onoyama Park is a popular favorite during the festival.

On Saturday, Kokusai Street and the open square in front of Palette Kumoji Building are the scene of a citizens’ parade and accompanying performances starting at 14:00 and continuing until 18:30. The vehicle traffic on Kokusai Street is stopped from 13:45 to 18:30.

The parade features various kinds of traditional, modern and ethnic dance groups, taiko drums, plus Eisa and Shishimai (Lion Dance) performances. About 50 local citizens’ groups stage bo-jutsu martial art performances at eight different points along the Kokusai Street and in front of Palette Kumoji. This year Tokyo Disney Resort provides a special parade performance too. Of course, Mickey Mouse himself and his Disney friends will participate.

All events are free, but parking in the area is not, and can end up costing several hundred yen, depending on how long you linger in the festival area.