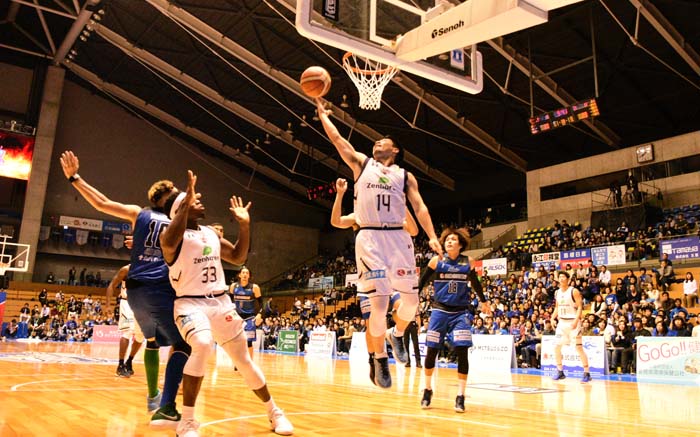 Newcomer Shimane proved to be too hard a piece to chew for the Kings who lost both road games on the weekend.

On Saturday, Shimane played effective defense from the beginning, disrupting attempts of the Kings to score. Although the Kings arguably seemed to keep the wave of the game, they lagged behind on the scoreboard throughout the game and managed to catch up to just 3 points behind in the final quarter. But finally, they could not catch up and the game ended 69-75 for the hosts.

On Sunday, the Kings still could not match the Shimane’s power either. In the beginning of the game, both squads worked well with their defense, and the game remained low score until the end of the first half at 20-18.

After that, the game went back and forth with both teams scrambling for the ball. At the end of the 3rd quarter, the Kings took the lead with 39-37, but in the final quarter, Edward Yamamoto, a Shimane point guard, shot three 3-pointers that turned over the game that ended 56-61 for Shimane.

The Kings now have 5 wins and 3 losses that still places them in the 1st place in the Western Conference, but just one game ahead of the 2nd place Kyoto Hannaryz.

The Kings will play a road game against Kyoto this Wednesday, before facing Chiba on their home court this weekend.