The Shurijo Castle Festival runs from Nov. 3rd through the 5th, and features a magnificent parade, plus Ryukyu dance and other traditional performing arts.

The first day of the festival falls on a Japanese national holiday, the ‘Culture Day’. The day marks the enacting of the current Japanese Constitution in 1946. It also promotes culture, arts, peace and freedom, with thousands of events held throughout Japan.

On Nov. 3rd, there’s a procession called “Koshiki-Gyoretsu” that follows the route the king and the queen once proceeded when they visited to pray in the three temples near the castle. The procession takes place from 12:50 to 15:30.

A Sapposhi Parade and the Royal Coronation Ceremony take place on Nov. 4th. The parade runs from 11:40 to 11:55 along the route from Shureimon Gate to Shichanu Una courtyard of the Shurijo Castle. The parade follows the route that the envoys of the Emperor of China, called Sapposhi, marched when they arrived at the coronation ceremony of the King of the Ryukyus. Admission to the parade area is free.

The Coronation Ceremony follows the parade on the courtyard and takes place from 12:10 to 13:10. There’s a fee of ¥820 for adults, ¥620 for high school students, ¥310 for junior high and elementary school children and free for younger children to attend the ceremony.

On the last day of the Festival, a parade re-enacting a procession of the entire royal court takes place along Kokusai Street starting 12:30. Admission to the parade area is free.
There are other free events featuring Ryukyu music and dance, and night-time candle lighting.
Construction of Shurijo Castle first started at the beginning of the 15th century, and it was the seat of the Ryukyu Kingdom’s administration and the residence of the King and his family. In addition, the castle played an important role as the center of ritual ceremonies. 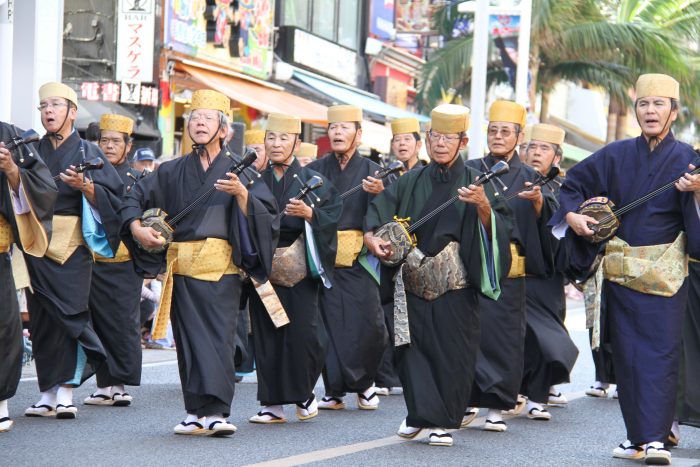 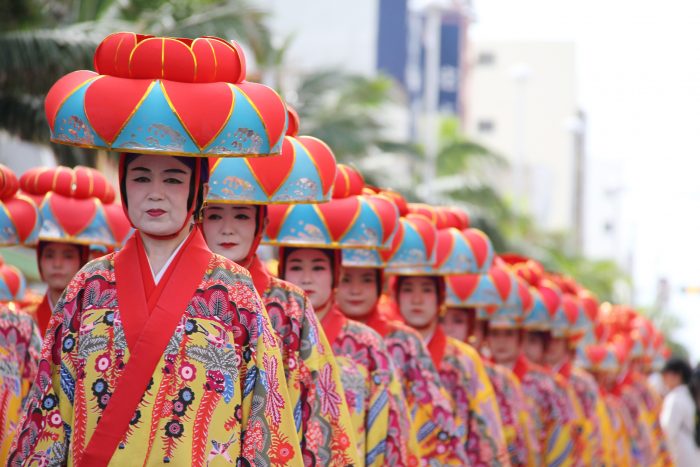 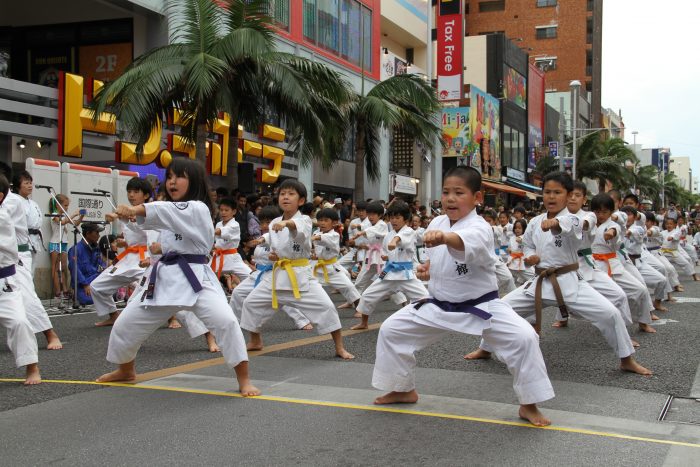 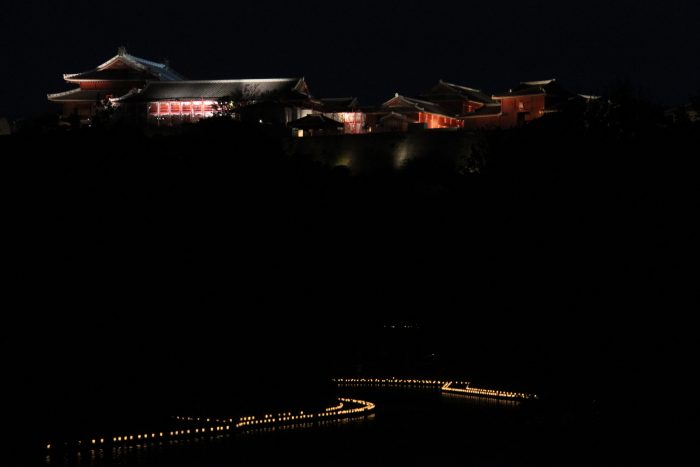 The Castle was also the center of cultural and artistic activities until the Kingdom was abolished in 1879. It was the stage when the Ryukyu Kingdom was at the height of its prosperity for 450 years.

The castle was completely destroyed in the Battle of Okinawa, but its full reconstruction started in 1986. In 2000, the Shurijo Castle was enrolled in the UNESCO World Cultural Heritage list.