Okinawa is the southernmost prefecture in Japan, and that means it’s the warmest place in the country in the wintertime. Because of that, many sports teams come here for training in the winter and off season. Baseball teams are most visible, as 9 of the 12 pro-teams come to Okinawa to hold their spring camps in February. 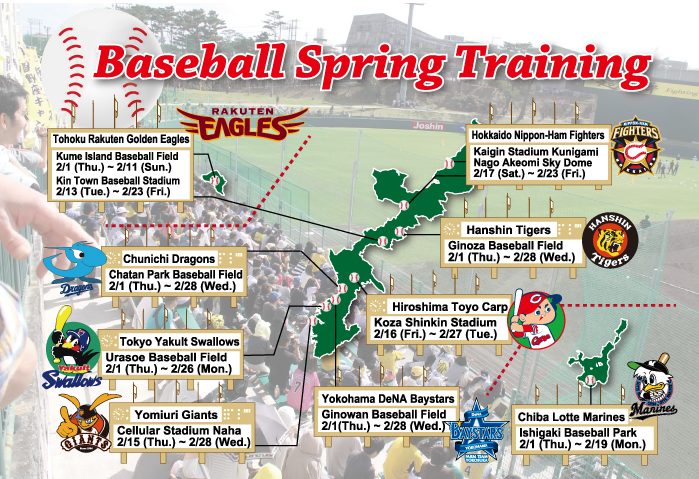 The training camps have become an important business for tourism in Okinawa, as a huge number of fans come to see their favorite teams as they prepare for the upcoming season. Nowhere else can one see so many pro-baseball teams in one day, and this attracts fans and media people alike, not to mention local baseball fans. The spring camps offer a wonderful opportunity to see the pros training, and maybe you can even find your favorite Japanese team to follow?