Cheer Eagles Bring It to Okinawa!

Cheerleaders are very important to the ambiance of sports games. They boost the morale of the fans and can help build momentum for the team. In Okinawa, a cheerleading squad called the Cheer Eagles was formed last October. The squad consist of kids from the age levels up to the 3rd grade, both girls and boys. This year they welcomed their youngest member to the group, a 1 year old! Yes, a 1 year old! He has become an honorary member and joins his two older sisters who are also part of the team. Today, there are about 20 kids in the group, and they have been the talk of the town at major sports venues. This month on June 26th they will be appearing at the Okinawa Cellular Stadium when the Fukuoka SoftBank Hawks take on the Nippon Ham Fighters and will be performing alongside both teams’ official cheerleading squads. 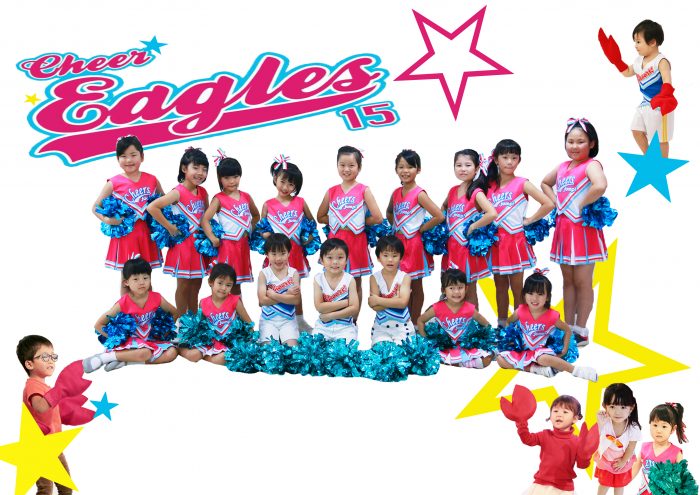 The Cheer Eagles was a dream come true for Ms. Tomomi Mitsubori, a Fukuoka Prefecture native. Every since she was young, she dreamed of becoming a cheerleader in the NFL. She would become a professional cheerleader for 10 years for major league baseball in Japan. When she moved to Okinawa with her family, she wanted to help make other kid’s cheerleading dreams come true as well and decided to volunteer her time to teach other children. Okinawa was the perfect venue to make this happen. By and large, Okinawa has a very large international mix of people and Ms. Tomomi thought this would be a great experience to have an international group of kids work together to bring cheers to the people. Thus far, the group has caught the attention of many and their popularity continues to rise.

The Cheer Eagles practice once a week and give performances at elderly care facilities. Tomomi says at first, the kids were mostly shy, but once they got on stage, even the parents were surprised. The kids had developed a sense of confidence and became a bundle of energy bringing plenty of joy to everyone who saw them.

Ms.Tomomi, wants to instill a sense of team spirit among the kids. She wants the children to care for one another and to be grateful to each other. This is the best way to bring out the best in them she believes. Ms. Tomomi wants to fulfill the dreams of many kids here in Okinawa and hopes to exchange great memories and to make everyone happy through cheerleading. She hopes your kids will join them! The Cheer Eagles will be happy to perform at your sports games and festivals, so please give them a call! They will love to help. Please check them out on their Instagram account: https://www.instagram.com/cheer.eagles/ or call 090-9576-3902 for more information.