On Sunday July 8th, the ANA Intercontinental Manza Beach Resort will host the 34th Annual Okinawa Governor’s Cup at the “Manza Haarii Festival”. The festival kicks in the morning starting at 11:00 and runs until 16:30.

The origins of the Haarii can be traced back for centuries. According to legend, a Ryukyu prince who was sent to China to be educated witnessed dragon boat races during his stay. He was so impressed that he brought the races and the first dragon boats back to the Ryukyu island. 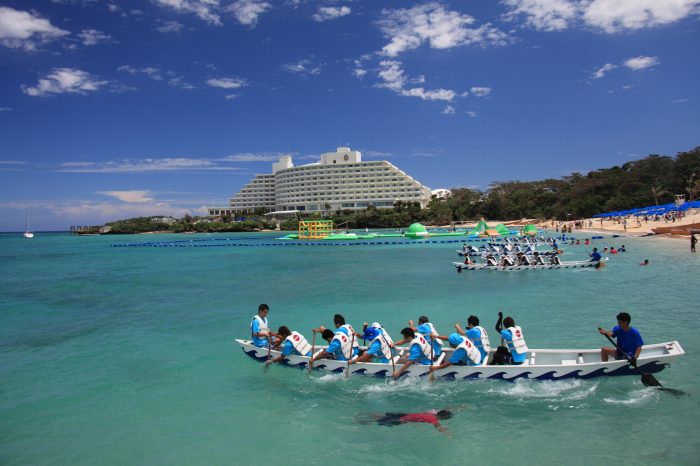 Haarii, technically meaning ‘dragon boats’ is also used to refer to the races. It has become one of Okinawa’s most important traditions. Races are held every year as a means to pray and hope for a bountiful catch at sea and to bring back the fisherman safe and sound. Traditionally, most fishing communities observe the haarii event on the 4th of May in accordance with the lunar calendar.

Of all haarii tournaments held throughout the island, this is the only one where the winners get to keep the Governor’s Cup trophy for an entire year, thus making this haarii race one of the most prestigious events on the island. Every year, contestants from across Okinawa, Japan and even from overseas locations attend this event. Organizers believe that this particular haarii is more exciting to watch up close, as the Manza Beach Resort invites experienced and veteran competitors to the tournament every year, making this event all the worthwhile to see.

The application deadline to participate has already passed, but just watching is still a lot of fun. You can always sign up next year, but at least observing it this year will give you an idea of what to look forward to.