Who is the Best Amateur Basketballer in Okinawa!? 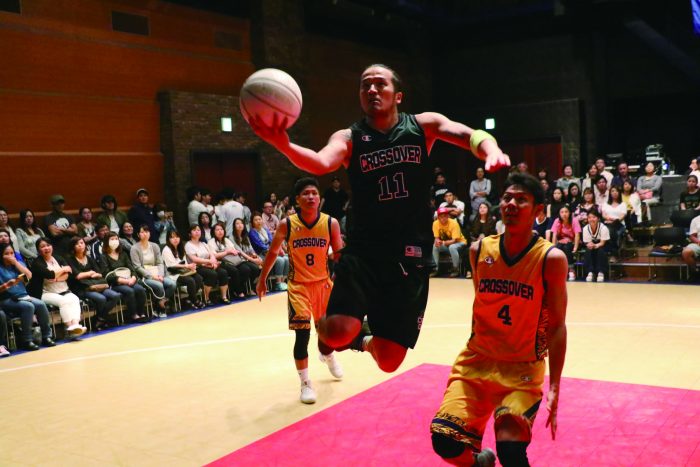 Given basketball’s long popularity in the United States, if you are an American then chances are you probably played 3-on-3 basketball at some point in your life. In Japan, basketball is becoming more and more popular, and Okinawa seems to be spearheading that movement. Japan-wide, Okinawa Prefectures is regarded at the top of the class when it comes to basketball. This is probably in part due to its popularity here in Okinawa. Okinawa is home to the Golden Kings, a pro-team belonging to the B.League (Japan’s National Pro-Basketball league) and that has boosted excitement in such a densely populated region. Outdoor basketball courts are all over the island facilitating easy access to many kids around their neighborhood. And one cannot also dismiss the influence of American culture, lifestyle, fashion, and sports. Many Okinawan kids have grown up playing basketball with other American kids and adults.

Four years ago, the ultimate streetball championship “CROSSOVER” was inaugurated. This is not your typical 3-on-3 team basketball tournament. The tournament matchups are actually set up to determine who the individual top basketball player is. Sixteen players sign up, names are shuffled prior to each game, and they compete every two months. The matchups are held inside the Koza Music Town building in Okinawa City, thus not having to be affected by inclement weather. This is not a team competition. As mentioned before, this is an individual-based tournament. Players receive points on their ability. They receive points when they score a point, make a rebound, or when they make an assist. Points are also accumulated when they win as a team as a whole, and finally, fans get to vote for the top player of the game adding further bonus points to the tally. At the end of the season, the top 4 players with the most points will face-off in a final match determining who the number 1 players is for that season. 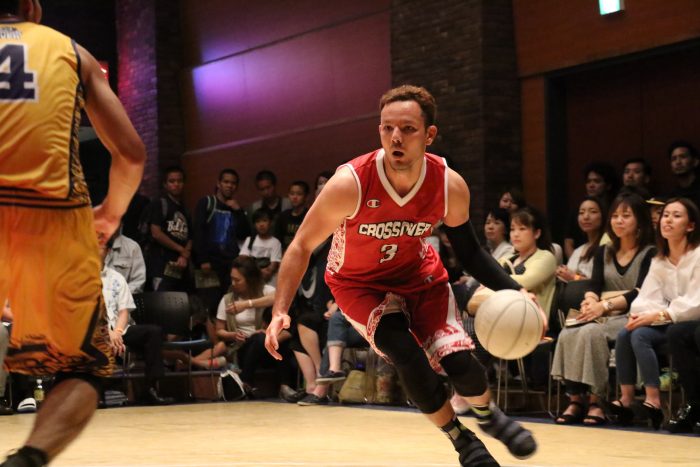 Individual players vie for the chance to be the Number #1 B-Ball Player.

If you wish to join the tournament league, you must pass the official tryout session prior to each season. Next tryouts are scheduled for October. OkinaWanderer has officially signed up to support the CROSSOVER tournament and will post official information starting July of 2018. Information will be posted on the OkinaWanderer website. If you are interested, please check out one of the scheduled games on the official CROSSOVER website http://crossover.okinawa/. The next game is scheduled for the 10th of August starting at 19:00 at Koza Music Town 3rd floor. ¥2500 for Special Seat, ¥1000 for standing, ¥500 for children under 18 in advance. If you wish to pay door ticket prices, add ¥500 to the aforementioned prices. Beers, soft drinks, and food stands will be available at the venue. 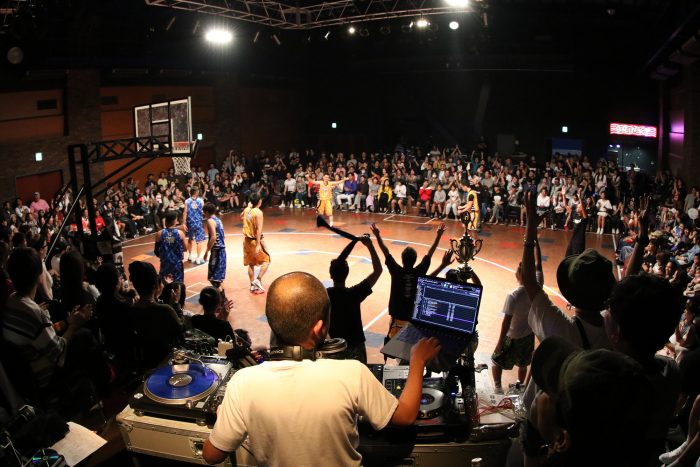 DJ pumping up the crowd at the CROSSOVER Tournament.