The 42nd  Annual Okinawa Industry Festival, which showcases many products made in Okinawa will open its doors in Onoyama Park and the Okinawa Budokan on Friday, October 19th and will run for three days through Sunday, October 21st.

Unfortunately, last year the entire fair was cancelled due to an approaching typhoon, leaving many vendors disappointed. So, this year rather than a typhoon, the industry fair hopes to “take the island by storm” instead. Vendors have regrouped and rebounded for this highly anticipated venue, as many thousands of visitors are expected to attend.

And yes! The 42nd Annual Okinawa Industrial Festival is expected to be big! Organizers are expecting 200,000+ visitors during the entire three-day exhibition. Additionally, nearly 500 firms and organizations will display exhibits throughout the park, which includes the Okinawa Prefectural Budokan and some of the athletic facilities. Over 2,800 products are expected to be exhibited. Some of these products can be foods made of ingredients found in Okinawa. But it can be other products as well. For example, Okinawan cosmetic products are becoming a more and more popular outside of Okinawa. So, it is of no surprise that officials also see this as an opportunity to promote Okinawa goods across Asia. 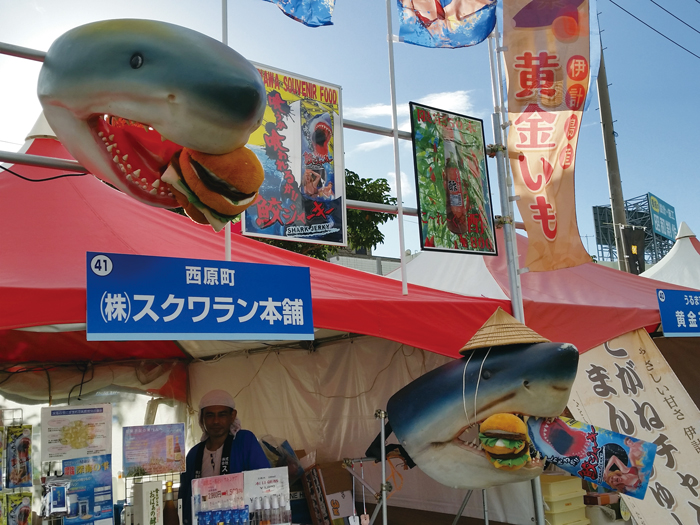 The first Okinawa Industrial Festival took place in 1977. This was aimed to stimulate the economy after the recession that had ensued after the debut of the Okinawa International Ocean Expo. Okinawan industries, which included agriculture, manufacturing, and service-related businesses joined to help promote local items to the world.

Today, the festival not only gathers Okinawan-wide industries, but also government agencies, academic communities, and universities. All this is done to promote commerce, from small, middle, to large business enterprises. 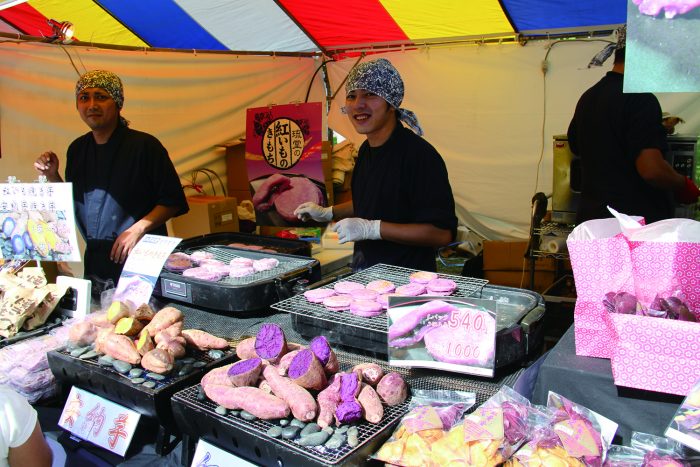 To get an idea what this fair means, an organizer was quoted saying, “It pleases us to hear when new products are sold or when visitors give us feedback on what they found interesting or what they look forward to see the next time. This feedback is rewarding, as it demonstrates that our hard effort was worthwhile. So we hope more exhibitors will join the festival to show off their great products to the world. ”

The festival goes on from Friday, October 19th to Sunday October 21st and runs from 10 a.m. to 8 p.m. each of the three days.

The exhibition is open to everyone on Okinawa.  Admission is free to all venues. Food and beverages will vary in cost, as well as the souvenirs and exhibition items.

Onoyama Park is located on the south side of downtown Naha City, across from the Naha Military Port. If you are coming from any of the military bases, just travel south on Highway 58. As you approach the river, you will see Onoyama Park on the left. Free parking is available at the Naha Military Port; look for traffic guides. Shuttle buses will transport visitors to the festival every 15~20 minutes between 8:30 a.m. and 9 p.m.