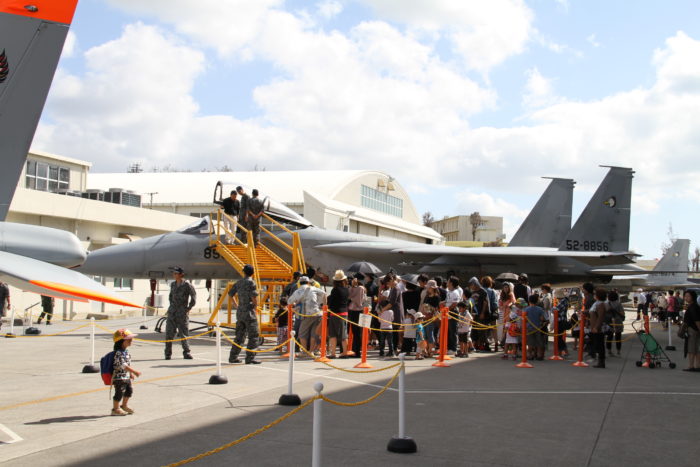 Admission to the festival is free and will open at 10:00 on both days. The festival will close at 19:00 on Saturday and 16:00 on Sunday.
For those who have never seen a Japanese military air show, the festival is something special to see.
The program includes overhead flights of various rotary and fixed wing aircrafts from both the Japan Air Self Defense Force and Japan Coast Guard. The fly-bys start at 12:30 and will continue through 14:30.

The Blue Impulse aerobatic flight team is scheduled to perform from 15:00 to 16:00 on Saturday and the afternoon on Sunday. 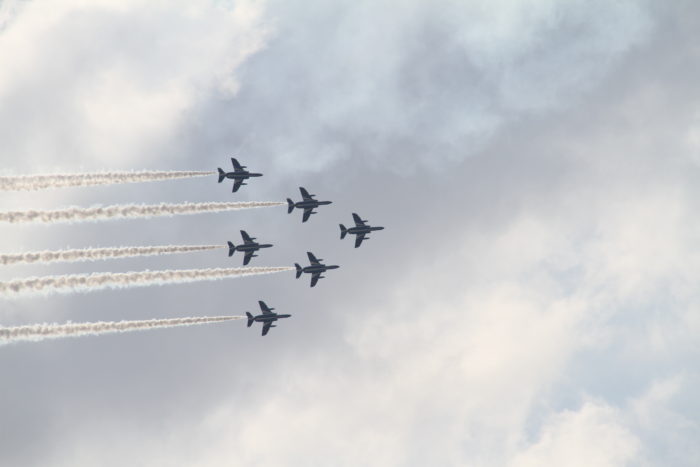 One of the special highlights at this year’s air festival is the F-15 Night Flight Projection Mapping Effects Show. This is scheduled for Saturday only from 18:20 to 18:30 with much eagerly, anticipated buzz.

No military show is complete without static displays of military equipment. The Air Festival will have on display equipment from the Ground Self Defense Force, the Maritime Self Defense Force, and the Air Self Defense Force. The displays will be open to the public to see, touch, and to take pictures with. The Gushikawa Junior High School Band is scheduled to play on the tarmac in front of the hangar on Saturday morning, with the JASDF Southwestern Naha Band performing, and Oroku High School Band in the afternoon. Local performers will take to the stage on Sunday. 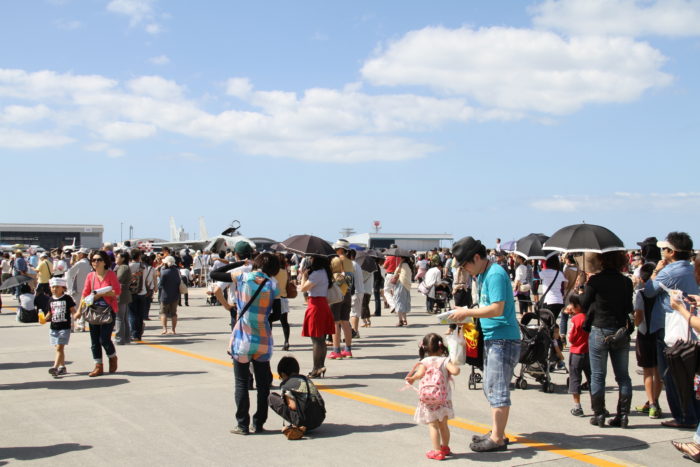 The Naha Air Base facility is also part of the Naha International Air Port.

There is no parking at the Naha Air Base. Visitors must park at Chura-Sun Beach in Tomigusuku City and take a free shuttle bus to the festival. It will be free to park at the Chura-Sun beach on both days.

Military organizers say portable chairs and pets are not permitted at the air show.