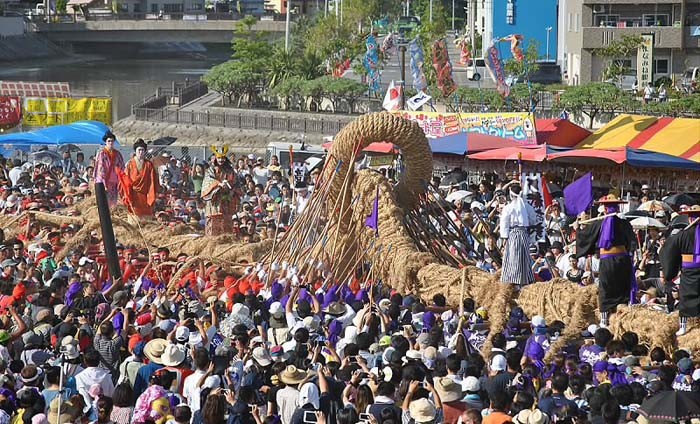 Yonabaru tug-of-war is the first of the three giant tug-of-war festivals held annually on Okinawa.

The 37th Yonabaru Great Tug of War Festival takes place Saturday and Sunday, August 3rd and 4th, at the Yonabaru Udunyama Youth Field and Yonakohama park. The main event, the Yonabaru Great Tug-of-War takes place Sunday afternoon at Udunyama Youth Field, and festival which held on both Saturday and Sunday at Yonakohama park, are mostly dedicated for usual Okinawan Festival activities of eating, drinking and having fun at the food and game stalls on the festival field. 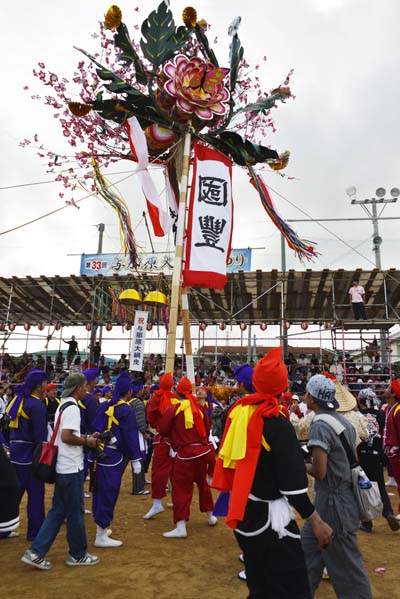 Hatagashira performance is the favorite of local young men.

Yonabaru used to be the main port for transporting goods between the island’s northern parts and main cities in the south. Before the war, a narrow-gauge railroad connected Yonabaru and Naha.

The festival starts with a children’s dancing at 11:00 on Saturday, while the official opening ceremony takes place at 18:00.

On Sunday, a procession called ‘Michijyune’ leading up to the Tug-of-War that includes a sacred ceremony for a good harvest and is an important part of the event, starts on Route 329 at 15:00. The actual Tug-of-War begins at 17:00.

Local residents participate in making the big rope from rice straws and then carry it to the venue. The rope is 90 meters long and weighs about five tons.

On the big rope, people called ‘Shitaku’ dressed up as historical characters from the history the Ryukyu Kingdom accompany the rope to the field where the tug-of-war starts. 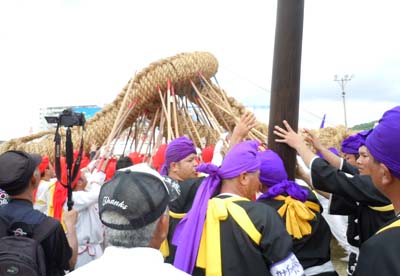 A large log is used to tie the two halves of the rope together.

The two teams then try to move to rope about five meters to their respective direction. The longest the contest has taken so far was 15 minutes and the shortest only five.

Admission to the festival, which boasts 440 years of history, is free. 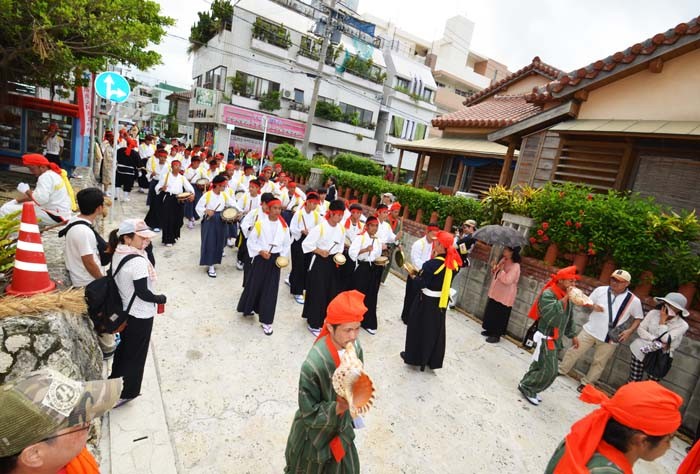 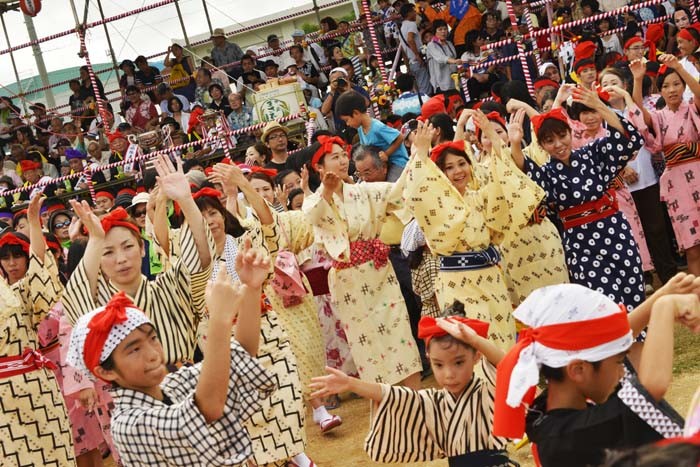