As summer comes to a close, kids are getting ready to get back to school. Parents are trying to get their kids ready to get back to school. You might say a little rest and relaxation is called for. That means it’s Orion Beer time! The Orion Beer Festival kicks off the weekend following Okinawa Obon. It will be held Saturday and Sunday, August 24 and the 25th at the Koza Athletic Park in Okinawa City. To add to the excitement, the All Okinawa Eisa Festival will be held on the same weekend and at the same location. Together, they form one of the biggest joint festivals held on the island and is definitely the largest beer festival of its kind in Okinawa. 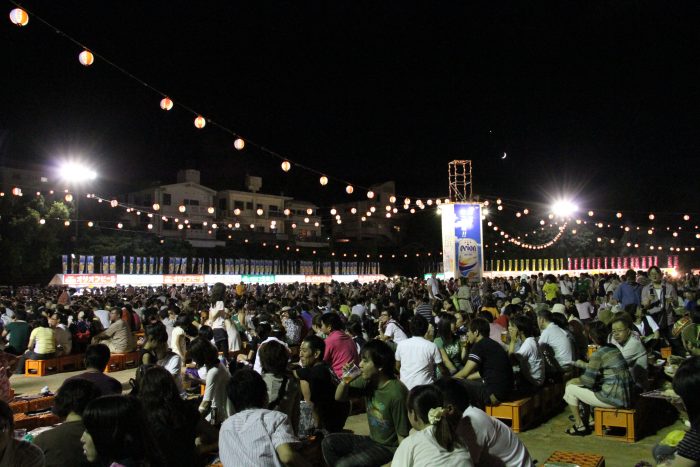 Orion Beer lovers will be flocking in droves at the famed Orion Beer Festival!

As the name suggest, the festival is organized by the Orion Beer Company. This is their highlight of the season as many beer lovers look forward to this event. The Orion Beer brand has become an iconic symbol in Okinawa drinking culture. The brand has become a staple at almost any event and festival found throughout the island.

For the two days, the beef festival will commence at 15:30 with live programs starting at 16:45 and concluding at 21:00. Fireworks are schedules for the grand finale for both evenings. Once the flood gates open, expect many of the tables to get taken up quickly. Personal cooler boxes, chairs, or tables are not allowed at the venue.
On stage, singers and bands, both of local and national fame, will perform live. Saturday will feature ROACH, Yaeyama Monkey, Sasuke and DIAMANTES and Sunday will feature TOKKY’S FRIDAY PARTY and Akira Ikuma and BENI. 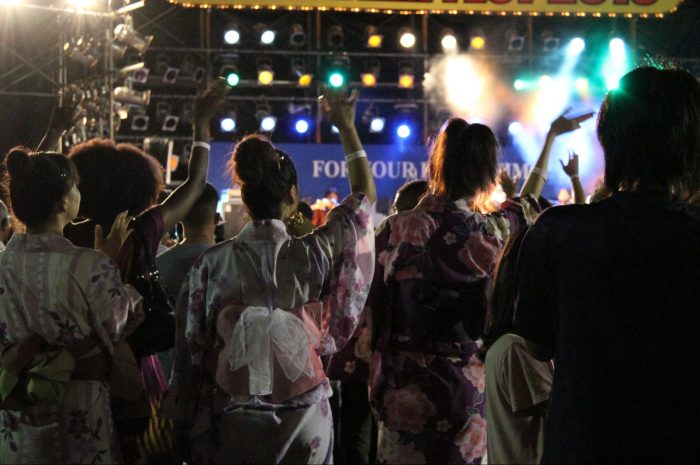 Expect to see a diverse group of beer lovers and onlookers within the audience. Many Okinawans, as well as many foreign residents, attend the beer festival every year. From every corner of the festival, people will be laughing it up and chatting away in their own native tongue as well as trying to make new friends in another language. After all, Okinawa City prides itself on having more people from more countries within its city borders than any other place on the island. After a while, everybody gives each other high-fives and hugs. People are happy, and everybody smiles with the good times. Nationalities and borders disappear, and everyone becomes as one. This is what makes the festival so special and brings people back, year after year.

Persons intending to purchase beer or other alcoholic drinks need to show an ID to prove they are over the age of 20. Upon doing so you will receive a wristband at the entrance. Those under 18 years of age need an adult guardian to enter, and they must be in the company with the guardian during the venue. Children-only groups are not allowed to enter.