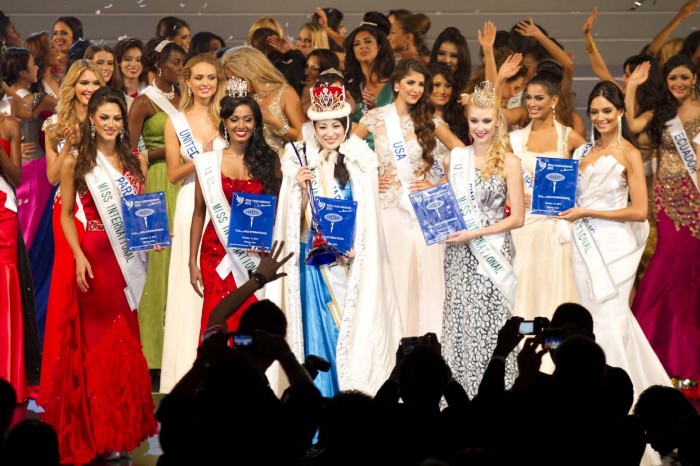 Winners of Miss International Beauty Pageant smile among their co-contestants after the final event at Okinawa Budokan.

Sixtynine young ladies came to Okinawa from around the globe and spent 19 days as ambassadors for their countries before taking to the stage at the Okinawa Budokan Sunday night for the finals of the Miss International Beauty Pageant, where they watched the host country’s representative claim the coveted crown. 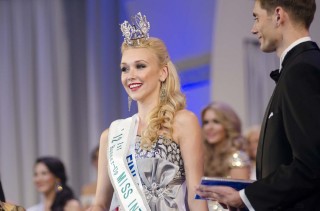 Miss Japan, Ikumi Yoshimatsu, a 25-year-old model, was selected the winner by the 14 judges, outdistancing first runner up Viivi Suominen of Finland, also 25 and a model and exhibition and trade fairs hostess and beautician.  Second runner up went to 25-year-old Madusha Rushani Mayadunne of  Sri Lanka, a research assistant and model, while third runner up was awarded to Miss Dominican Republic, 23-year-old student and model Melodia Mir.  The fourth runner up tiara went to Nicole Elizabeth Huber Vera, a 22-year-old actress, dancer and model from Paraguay.

The nearly 4½ hour pageant final began with a sold out house, but the crowd dwindled as the 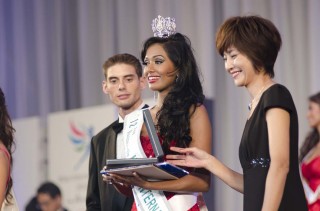 lengthy event progressed.  In the course of the evening there were evening gown and national costume parades, swimsuits, and of course, interviews.  From the 80 contestants, judges narrowed the field to 15 for explanations of how each competitor would represent the pageant if chosen.

A series of side award were presented.  Miss Photogenic went to Japan, Miss National Costume to Miss Honduras, Miss Friendship to Miss Mauritius, Miss Internet to Miss Myanmar and Miss JOICP to Miss Haiti.  The entire event was live streamed around the world on the internet, with viewership reportedly exceeding 200,000. A video report of the event can be viewed at http://www.ustream.tv/channel/miss-international-okinawa-2012 for about one month form now.