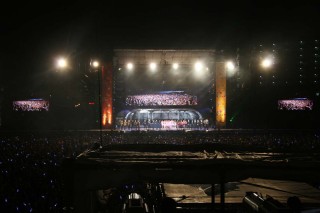 K-pop is coming to Okinawa for the second time, this time in the form of K-pop Collection, a novelty form of an event that combines music and a fashion show. The 2-day event also features the Korean Super Model Audition for aspiring new talent.

Korea’s music sensation labeled K-Pop is generating worldwide interest, and now Okinawa’s gearing up to bring some of their best music here.

Grand K-Pop artists are now making final preparations for a pair of Okinawa concerts October 17th and 18th at the Okinawa Cellular Stadium.  Organizers and collaborators, which include the Okinawa Prefecture and the Japan-Korea Friendship Association, are predicting this to be one of the largest entertainment events ever to be held in Okinawa.

The concert ties together the Super Model Auditions, which will set the pace for the next generation of Korean pop stars.   The auditions at the Okinawa concert will be the 21st since the K-Pop genre was initially created in 1992.  The K-Pop system has created dozens of drama, movie and commercial stars, including Han Ye-sul, Han Ji-Hye and Kim Sun-A.  The Okinawa concert marks the first-ever auditions held outside Korea.

Adding to the excitement is the combining of music with a fashion show and profile photography of the men and women vying to become the next super models.  The K-Pop Collection was created in March by K-Pop organizers to expand and extend the image by blending concerts with fashion.  Ultimately, the K-Pop Collection will extend beyond 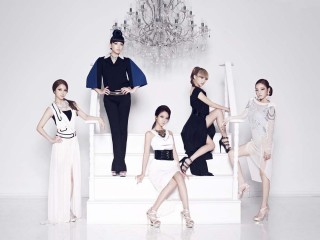 KARA is one of the stars of the K-Pop Collection event.

Korea and Okinawa to become a worldwide entertainment phenomenon.

The K-Pop Collection launched in Seoul brought K-Pop artists, male and female super models, and Korean entertainment icons to be part of the new concept.  They shared the creators’ concepts by modeling the clothes and not just showing them.  K-Pop organizers predict the new K-Pop Collection will be a worldwide hit as it blends the concerts, fashion and entertainment in the marketplace.

Tickets are available at Family Mart and e-plus.  Arena seats, standing seats and arena area standing seats are all available.  Ticket prices are being established by the contracts entertainers are demanding for this concert.    Refunds on tickets will not be permitted.  Organizers say there’ll be no postponements because of rain or other weather issues. 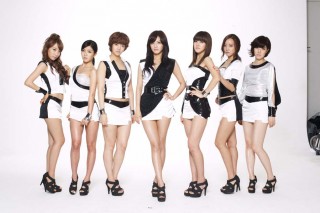 Large crowds are forecast for the concerts, and parking in the venue area is limited.  Public transportation is encouraged, including use of Yui-Rail Okinawa.  Those attending the concert should use the Onoyama Station, Tsubogawa Station and Asahibashi Station, then walk the remaining distance to the venue.