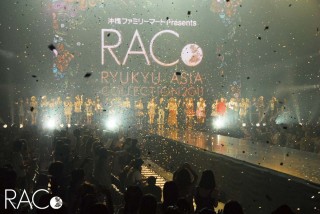 Last year’s RAC event was the largest fashion show in Okinawa that promises to be even bigger this weekend.

The Ryukyu Asia Collection is a fashion show sponsored by Family Mart, and it’s a growing enterprise since first being held in Okinawa last August as the biggest fashion show on the island.

More than 3,600 people have visited from inside and outside of prefecture and also even from oversea. This Saturday’s Tokyo Girls Collection is the  second time Family Mart has attempted the event, and the executive committee says that they try to draw more people than the collection last year. The Ryukyu Asia Collection with the Tokyo Girls Collection takes place as a five-hour show Saturday at the Okinawa Convention Center.  Doors open at 2 p.m. and the program begins at 3 p.m., with tickets on sale at Family Mart for ¥5,000 each. 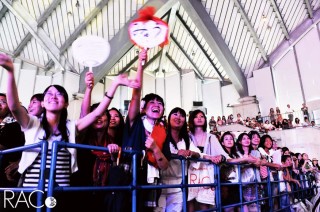 The audience has their own favorites on the catwalk whom they cheer.

Okinawa is surrounded on all sides by the sea, and Okinawa has been pressing to rekindle Ryukyu culture, Japanese culture, American culture, and Asian culture. Make harmony, says Family Mart, as now is the time to dispatch harmony of new culture from Okinawa to Asia ~ whole world!