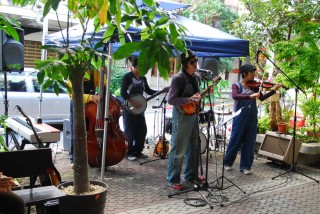 Some 40 bands will perform as Kanaderu Park takes over Chuo Park Avenue in Okinawa City, Saturday.

It’s the season for being jolly, and Kanaderu Park is preparing to be just that this weekend as it prepares for a special eight-hour music festival and more.

The quarterly event on Chuo Park Avenue, also known as BC Street in Okinawa City, is revving up its live houses, music schools, restaurants, cafes and bars to perform live with performances Saturday from noon to 8 p.m.  BC Street will be alive with some 40 bands playing at eight different locations throughout the afternoon and evening.  Some roads will be blocked off to permit pedestrians to have fun with kids dance and shows, including a 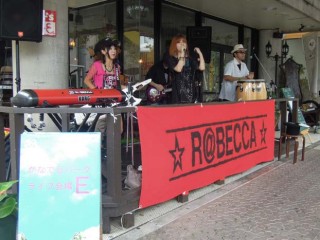 There are no less than eight locations along the Park Avenue where the bands play.

The field market event Air Town Caravan, which moves around Okinawa, will be at “the market to be enjoyed in valuable elegance” during the afternoon Festival.  Admission to the Kanaderu Festival is free.  Details are available on http://kanaderupark.com/english.html.