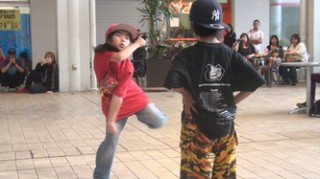 The battle this time’s a bit different; it features more than 100 kids who are ready to dance, perform and strut their stuff in an Okinawan competition.

The MT Battle Grand Championship Tournament is Sunday at the Musical Open Space in Music Town Otoichiba, Koza Music Town first floor, and features students trained by Akemi, a famous Okinawan dancer who has even taken her dance to America.  Akemi, who now has “What’s Up Akemi Dance School, began dancing in 1994 at age four, then learned Hip Hop, and ventured into a solo career 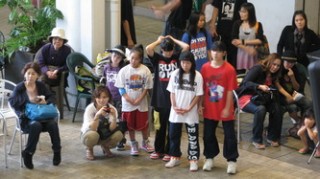 The contest is a family affair.

She’s been in numerous dance battles and picked up many prizes along the way, propelling her to open the What’s Up Akemi Dance School in 2005, mainly for kids in Okinawa.  The MT Battle series was started in 2009, and held every two months.  Sunday’s MT Battle Grand Championship Tournament Sunday starts at noon.  Admission is free.