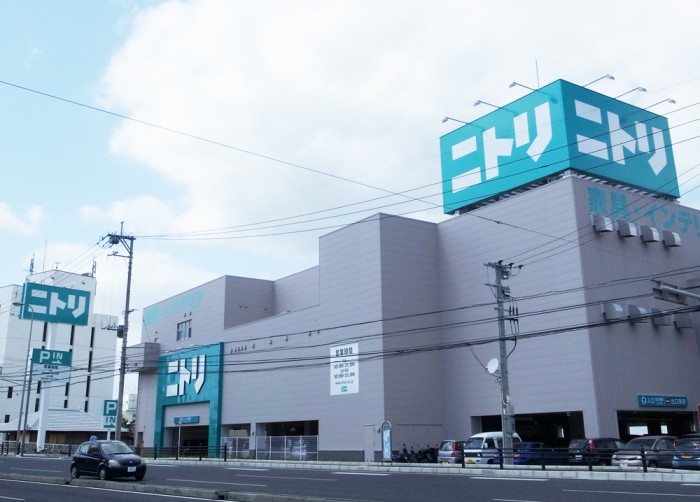 The new Nitori store is on Hwy 58 in Oyama, Ginowan City.

The nation’s largest furniture store chain is now celebrating the grand opening of its third store in Okinawa, in Ginowan City’s Oyama district.

Nitori Holdings now operates more than 300 stores, including two others in Okinawa, in Haebaru and Gushikawa.  International stores include one in Taiwan, and the first of five stores 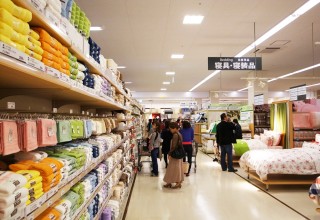 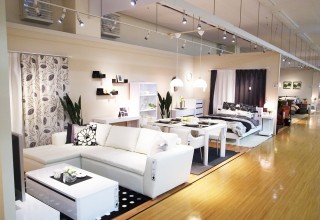 in the United States will open this fall.  Also opening this month was a new Nitori store in Nagano.  The new store on Hwy 58 in Oyama, is open daily 10 a.m. ~ 9 p.m.

Nitori has adopted the methodology of manufacturing-and-retailing business uniquely, and controls the whole production cycle from stocking of overseas raw materials to local production, importing, store sales, and delivering goods. For example, 77,000 study desks are sold every year, and is labeled as the company’s top product.

This Ginowan store is the first store located on west coast of Okinawa Prefecture. The first two stores opened at Gushikawa and Haebaru, and these two stores are located on the east and south sides of Okinawa. Company officials say this is the main reason why they decided to open at Oyama, explaining it is much more convenient to access for people who live in the west coast area like Chatan, Kadena, Isa, 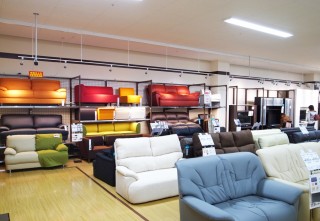 Sofas and futons occupy a large space in the store.

About 180 cars can park at the parking lot ,which is the first floor of the three story building, and an extra parking lot is also prepared near by. The second floor and the third floor are a counter, and store space of about 5,000 square meters.

A Grand Opening sale is now on until Monday, Feb 25th.  To commemorate the opening, Nitori says the sale is also running simultaneously at both the Haebaru store and Gushikawa stores.