Works by Tchaikovsky and Vivaldi are in store for musical patrons this weekend as the Ryukyu Philharmonic String Orchestra performs at the Okinawa Prefectural Museum and Art Museum.

Saturday afternoon’s concert, which begins at 3 p.m., is free in the Entrance Hall to the Okinawa Prefectural Museum and Art Museum.  Sunday’s concert, which is ¥4,000 for adults and ¥3,000 for students, has doors opening at the auditorium on the third floor at 2:30 p.m. for the 3 p.m. concert.

The performances are under the Hermitage Music Project in Okinawa, an international culture project by the 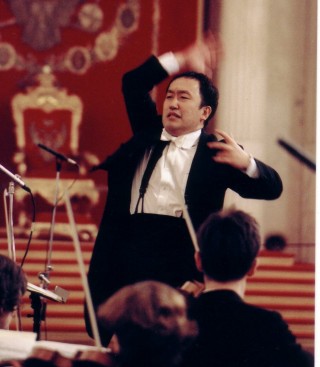 Eisuke Fujiki conducts the performances on both days.

music held by the Russian National Hermitage Museum, one of the world’s three major art museum.  Organizers say the project is designed to push production of the music culture base in Okinawa’s musical activities to the point the Okinawa Prefectural Museum and Art Museum becomes a musical institution.