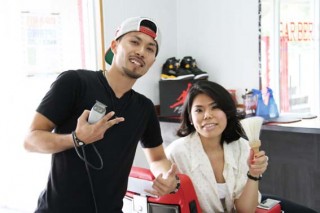 Seita Nagayama (left) and Yuna Ikehara both worked at the barbershop in Kadena NCO Club, and decided there was a niche for them to strike it on their own.

Seita Nagayama and Yuna Ikehara are in the business of pleasing their customers, and they’re out to do just that at their newly opened Clippers58 barber shop at Sunabe in Chatan.

The duo figures their shop will be a hit, first because they’re darned good, and because a lot of people already know them from their days working inside the barber shop at the Rocker NCO Club on Kadena.  Now the challenge is to provide all the services they figure customers both want and deserve.  They’re going to accept reservations for haircuts, shaves and other hair services, but equally important to them is providing atmosphere suitable for a relaxing barber experience.  Having decided that, they decided to open their own place outside the base.

Seita Nagayama used to work at a barbershop off base for a long time before getting an opportunity to work at a shop on Kadena Air Base. His nickname was “1st chair” of the barber shop inside the NCO Club, and that’s how people remember him.  He aimed to be a barber since he was a kid, then worked in the trade off base, followed by on base for almost four years. He says that it was really hard to do everything working on base 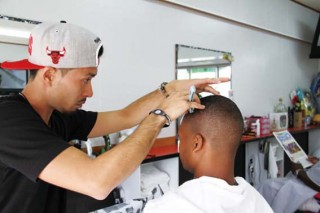 Although the shop has been in business only a few weeks, it already has a steady stream of regular customers many of whom come weekly.

because everything was different from Japanese style, “and then I did mess up big and small at first, but I appreciate getting great experience on base, he says.

On the other side, “I cannot throw away thinking about caring customers. I always thought that if I could do it, I wanted to make a reservation system, so by appointments I can give them more relaxation time, communication relations and shaving service also. Of course I know it’s my thinking and it is the business,” he adds, “so I have been thinking I will be independent one day, and have my own shop which serves more in a more relaxed environment so I work with great cutting skill.” 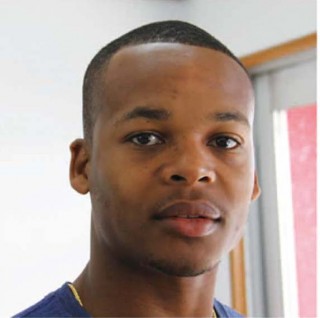 Although the shop has been open only two weeks, Armand’s been there three times.

figuring people who are waiting in line lose time. And she’s sure that some people in there are looking for the shop just so they can relax, and with people looking for better cutting skills, she was ready for change.  She shifted from massages to barbering and trained in skills needed for foreigners’ hair.  From there, she moved to Kadena, and now to Chatan with her new partner.

“I come and get hair cut at Clippers58 once a week. The salon opened just a couple weeks ago, but I already came here three times, because their fade cut skills are great! I think nobody in Okinawa can do that. If you are looking for great place for hair cutting, you must try Clippers58!”  Micko adds “Absolutely, Clippers58 is the best barber shop in Okinawa! I’m working at Naha Military port at Naha, but I come for haircuts at Clippers58.  “Even so far away from my work, its one of my habits of the week already. Their cut skills and personality are super!”  He even recommends the place not only for military but also civilian haircuts, noting prices are good, and appointments are great time savers. 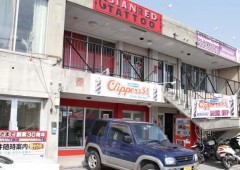 Clippers58 is located on Hwy 58 almost right across from KAB Gate 1.

The owners say the regular price for hair cut at the Clippers58 is ¥1,000, a bit higher than on base, but their great cutting skill satisfies customers, and being able to get shaving service included and feeling an atmosphere for relaxing like at home makes them happy. “Now we know a haircut is almost a weekly custom for military personnel, so please make your reservation same days same times each week. You don’t need to lose waiting time, We welcome your back to our shop every week!”  They also say “We are really confident of our fade technique for haircut, so please try to come and take our service, and you never go back to get served on base anymore.”

Parking lots are available in front of the salon. Dollars are OK, but Clippers58 prefers Yen.