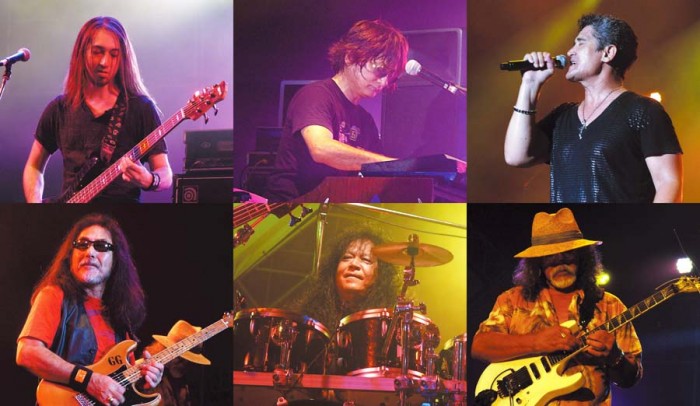 Everyone who’s anyone in Okinawa music scene will take part at the various events of musix 2013 events that take place in clubs and live houses in Okinawa City over the next three days. In picture members of Murasaki.

MUSIX is an Okinawa music event bringing together artists and fans from across Asia to share rock, pop, Okinawa folk and a bit more of everything at locations within Okinawa City 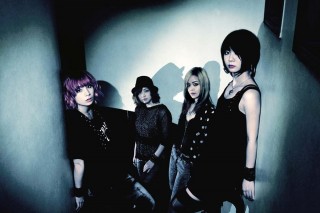 All girl band FLiP is part of Friday’s lineup. 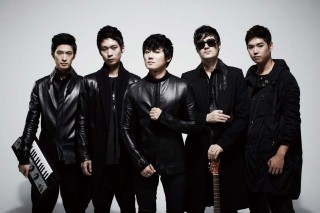 All genres of music are represented, and Yoriko Ganeko plays Okinawan tunes.

Originally produced with the idea of introducing Okinawan music to the world, it’s become a terrific exchange process marking the island as the cultural center of Asia.  The notion’s so strong, organizers decided to signify by its name Okinawa’s the place where MUSIC crosses, and thus the ‘X’, producing MUSIX.

While Music Town Otoichiba is sort of ground zero for the festival, venues are scattered.  Some are free, and some have admission fees.  FLiP, NOIZ and Core MAgaZinE are at Music Town Otoichiba Friday, with doors opening at  6 p.m. for a 7 p.m. performance.  Admission is ¥3,000 at the door, or ¥2,500 advance purchase at Lawson L-code 84096, Ticket Pia P-code 190-640, and at Music Town.

Sunday’s Drum Voice Dance, an ethnic collaboration of the entire Asia region including Japan, South Korea and India, feature drums and percussion instruments.  The dance is at Music Town Otoichiba with doors open at 6 p.m. for 6:30 p.m. performance.  Admission is ¥2,000 in advance or ¥2,500 at the door.  Tickets are available at Coop Apre, Yui Work, Lawson, e plus and Music Town Otoichiba.

Super Musix is on Gate Street from 2 p.m. ~ 5 p.m. Sunday, with performers Murasaki, Parsha Club, SOUTH, Asian 4 Front and Civilian Skunk.  Admission is free.  As part of the afternoon, there will be free distribution of 300 A Lunches, all originals from Okinawa City.  The meals free distribution is based on “A lunch championship” competition.  Free lunch tickets are available from Music Town Otoichiba, 1st floor, at noon, 3 p.m. and 5 p.m.