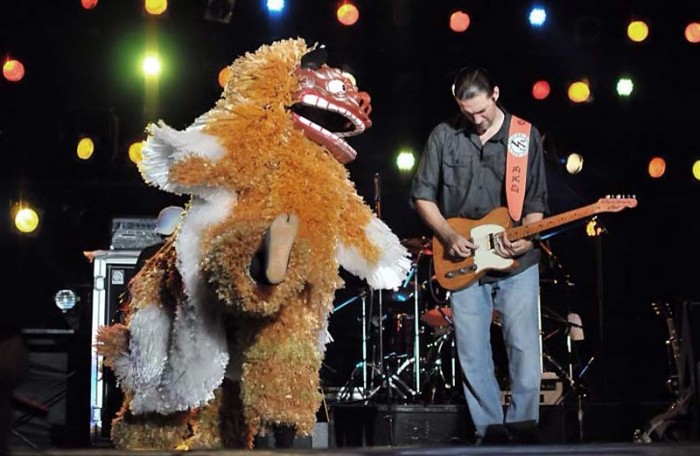 David Ralston relases his latest CD ttled “Okinawa” in a concert at Oki Shrine in Onoyama Park, Naha, this Sunday.

It’s taken the gritty music and raspy voice of David Ralston almost forever to get around to the album title he’s always wanted to do, and Sunday evening OKINAWA comes out big, bold and filled with blues, rock ‘n’ roll and just enough Okinawan traditional music to make people sit up and listen. 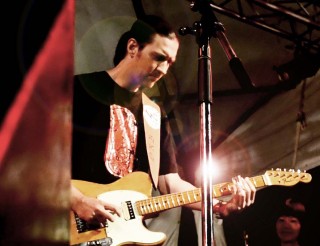 More than 20 years living in Okinawa has resulted in David Ralston’s inimitable playing style of blues and rock.

“Okinawa Is My Home” is the title track for Ralston’s ninth CD, the Okinawa-album coming together for the energetic musician who moved his home from Massachusetts to Okinawa more than two decades ago, becoming a near-local as he’s used every spare moment to study traditional Okinawan music.  Once Ralston got a handle on Okinawan traditional music, he began measures to make it his own, infusing traditional blues to add even more excitement to the cultural blend.

Oki Shrine Main Hall in Onoyama, Naha City, is the venue for Sunday evening’s unveiling of OKINAWA and that hauntingly beautiful Okinawa Tribute coming straight from Ralston’s heart.  Doors open at 6 p.m. for the 6:30 p.m. concert.  Admission is ¥2,000.

David Ralston will be running the evening with his guitar and vocal talents, with backing from Azusa Miyagi singing and on sanshin, Takumi Sakamoto on bass, and Hiroki Namekawa handling the drums. The evening promises to be non-stop excitement as Ralston introduces the latest from his bag of musical tricks, only a year after his vibrant, successful “I Don’t Care” CD that pushed to Jam Bands Top 20.

Musician Delaney Bramlett was once quoted as saying “the world is going to hear a lot from David Ralston,” and he certainly got that right.  Recorded in Nashville, Ralston’s latest CD features artists such as Chad Watson –formerly from Bramlett’s Band—on bass, and Charlie Rich Jr. on piano and organ.  A couple of Ralston’s biggest hits from his 2007 “I’ve Been Waiting” CD have been re-mastered for OKINAWA. “No Woman No Cry” and “Red Wine and Moonshine” have been perennial hits for the Okinawa-based musician.

Ralston says his inspiration for OKINAWA stems from his living here the past 21years.  He plans to play the album’s cuts a good many times through the summer, and says he hopes Okinawa loves these tunes as much as he does.